The Labour MP was accused of "abandoning the labour in Labour" by Kevin Maguire, who said he doesn't understand the dispute is about restoring a 10 per cent Covid cut. 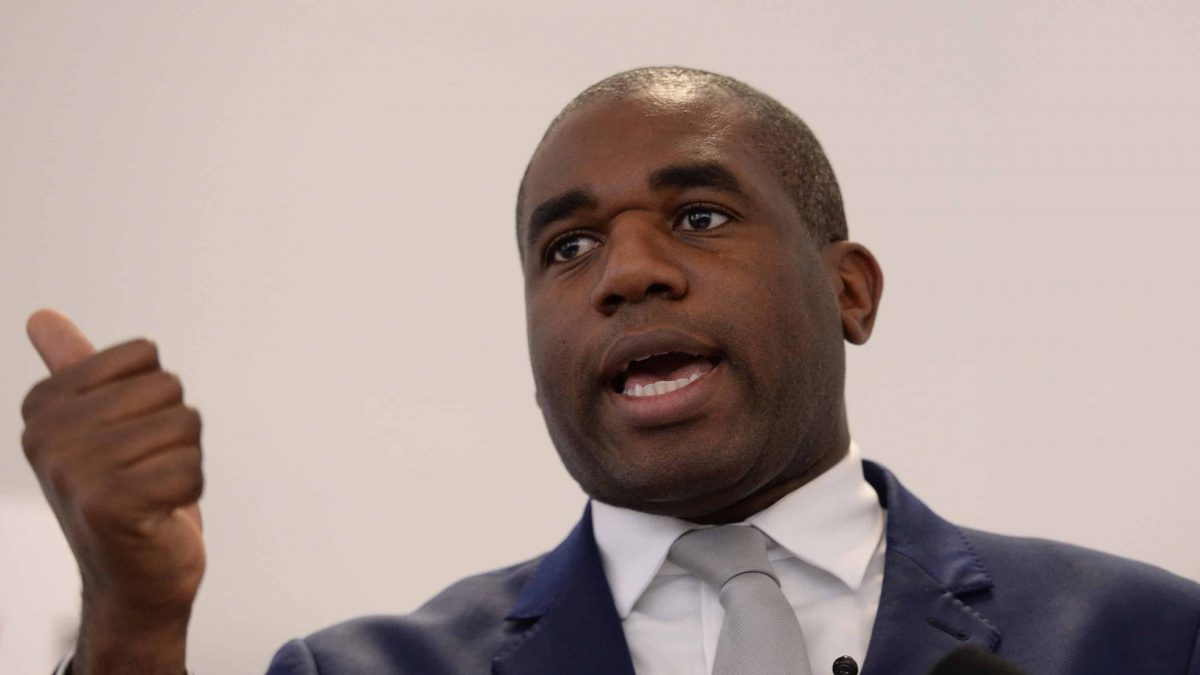 David Lammy has said he “categorically” does not support a potential strike by BA check-in staff, as he sought to defend Labour’s position on industrial action.

Speaking to broadcasters on the Sunday morning news rounds, the shadow foreign secretary said Labour continues to support negotiations and a deal when it comes to disputes over pay, jobs and working conditions.

It comes as Labour faces pressure to back Rail, Maritime and Transport (RMT) union members whose industrial action this week crippled rail services.

Asked if he would support BA staff who are being balloted by the GMB and Unite unions to strike, Mr Lammy told BBC News on Sunday: “All of us are feeling the pinch with inflation.

“Many of us might want a (pay) rise of 10%; in truth, most people understand it’s unlikely that you’re going to get that.

“It’s a categorical no”

Pressed on whether he supports the proposed strike by check-in staff, he said: “No, I don’t. No I don’t – it is a no, it’s a categorical no.”

Mr Lammy also argued that Labour supports all working people, including those who need to travel by train to make a living.

“It’s Labour because we historically want to associate ourselves with working people wherever they are across the country,” he told BBC News.

“Let’s take these rail strikes – working people find it very hard when they can’t get to work to make a living, but equally there are working people who work on the railways who are seeing their pay diminished and have concerns about redundancies at this time.

“The way to deal with that is through negotiation, getting around the table.”

RMT is not affiliated with Labour

He said the RMT is not affiliated with Labour, and added: “It’s also important to say that we’ve got to support working people wherever they are in the country, and that is obviously beyond RMT union members.”

Mr Lammy earlier argued “it’s not for Labour to intervene” in every issue that workers are concerned about.

Speaking to Sky News, he said: “There are a raft of issues that workers are concerned with right across the country.

“It’s not for Labour to intervene in each one and pretend that we can negotiate, or that we are on the detail of that – we aren’t is the truth of this.

“If we were in government, we would get around the table, we would not play union.”

Mr Lammy also denied suggestions that Sir Keir has “lost control of his own MPs” after dozens joined RMT picket lines against the Labour leader’s order.

Asked what the repercussions will be for those MPs, Mr Lammy told BBC News on Sunday: “I suspect the chief whip will be speaking to them next week and making it very clear that a serious party of government does not join picket lines.”

He later said: “We have just seen that the parties that have lost control are parties that lose votes, and I think that’s the Conservatives and the Prime Minister who’s lost his backbenchers.

“The Labour Party is in a strong position with strong leadership and a clear direction of travel.”

Mr Lammy added that he had seen some photos of Labour MPs on picket lines, but added: “There’s no suggestion at all of dispute within the party.”

Mr Ward told Sky News: “I think Labour have miscalculated, because I think they’re obsessed with reconnecting with working people, and the reason that people moved away from Labour was over Brexit.

“I don’t think people are going to turn their backs on working people who are facing these challenges because we’re all genuinely in that together. And I think Labour have miscalculated.

“It’s up to Keir Starmer what he does, but what we’re going to do is chat to working people across the UK, in communities coming together to really bring about serious change.”

“Supporting bad bosses is a new low for Labour”

“David Lammy has chosen to launch a direct attack on British Airways workers. This is a group of workers who were savagely attacked by their employer during Covid. ‘Fire and rehire’ led to thousands of unnecessary job cuts and pay being slashed.

“This dispute is not about a pay rise – it’s about restoring money taken out of workers’ pockets by an opportunistic employer.

“British Airways and its parent company IAG hold billions in reserves and assets, and are predicting a return to profit this quarter.

“Supporting bad bosses is a new low for Labour and once again shows that politicians have failed. It is now down to the trade unions to defend working people. We are their only voice.”