"The EU made our beaches clean. Let's paddle in sh*t instead," was not on the side of the red Brexit bus, pointed out one Twitter user. 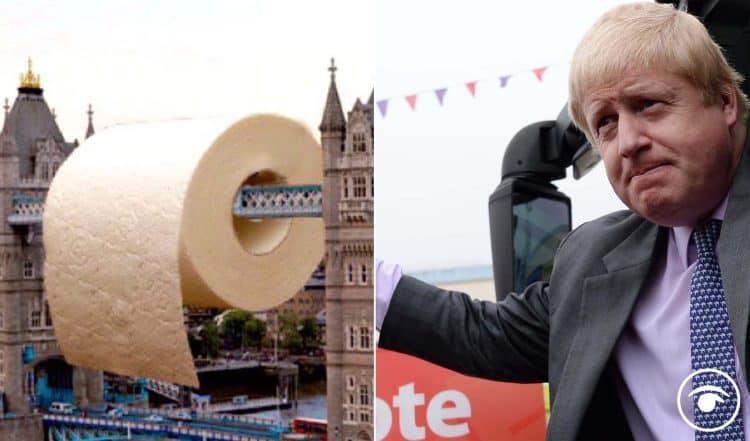 The Tories have rejected efforts to place a legal duty on water companies to reduce raw sewage discharges into rivers.

With Cop26 around the corner and the fact that nobody in their right mind wants raw sewage on the beach and in the sea, it has, rightly, angered a lot of people.

MPs debated the environment bill on Wednesday, after clean water campaigners urged them to back a key amendment on sewage that had been agreed in the House of Lords.

The bill will govern environmental policy, from rivers to air, after Britain’s departure from the EU. Campaign group Surfers Against Sewage had pushed for an amendment to tackle sewage pollution to be accepted by MPs.

But George Eustice, the environment secretary, recommended that MPs reject the proposal – and it was voted down on Wednesday night.

Speaking ahead of the vote, Hugo Tagholm, of Surfers Against Sewage, said: “In this most important of environmental decades, it’s shocking that the government is recommending that MPs reject progressive and ambitious amendments that would protect water, air and nature.

“Why wouldn’t they want water companies to have a legal obligation not to pollute our rivers and ocean with sewage, for example?

“It beggars belief and hardly shows a commitment to be the greenest government ever. It’s time for more ambitious thinking and law that builds protected nature back into public ownership rather than leaving it to the ravages of shareholder interests.”

Despite some abstentions, 265 Conservative MPs voted down the Lords amendment.

Some sh*t just won’t flush and now #Trudreich is trending. Here are some of the stinkiest responses.

Related: Here’s every Tory who voted against stopping sewage dumping in rivers