"You are elected to represent your constituents. Our money pays your salary and expenses. When you vote in a way that is clearly harmful to your constituents, people are entitled - even obliged - to point it out to you. This woman was extremely polite. Your response is woeful," the MP was told. 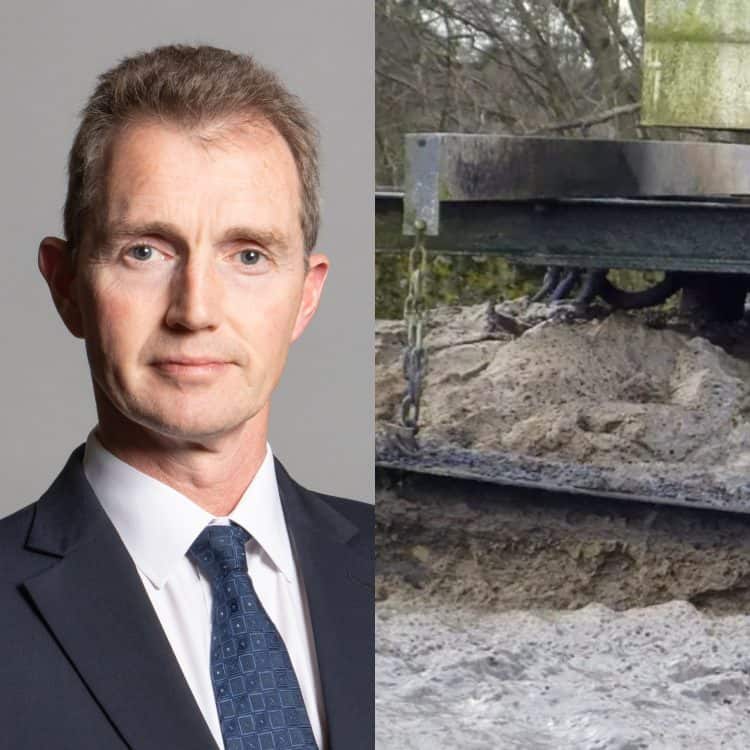 A Tory MP accused an environmental activist who questioned his voting record of “spreading hatred”.

“But you told Monmouth THIS was what was killing the Wye and the Usk, and not the effect of intensive farming or poultry units near water courses,” Maby added.

“Why as an MP do you think you’re to be excused from being held to account – politely I might add; not a single word of abuse in that tweet – for your voting record? What “language” are you complaining of? This is nothing more than a question you are too embarrassed to answer. 1/

“2/ You are elected to represent your constituents. Our money pays your salary and expenses. When you vote in a way that is clearly harmful to your constituents, people are entitled – even obliged – to point it out to you. This woman was extremely polite. Your response is woeful.

“3/ But worse than that, the disrespect you have shown your murdered colleague and his family in seeking to use his terrible murder as a cloak to hide your own bad choices behind is, frankly, atrocious behaviour from any human being, even more so an elected representative.”

Davies, who represents Monmouth in South Wales replied: “We voted to reduce sewage going into rivers-but we can’t risk it backing up into people’s homes.

“The facts were set out but activists like you are more interested in spreading hatred on Twitter than looking at the arguments. In this of all weeks – shame on you.”

He later added: “In a week when we should be thinking about the language we use online and the effect it has does Labour condone this kind of language from its activists?”

Meaden referred to a comment made by another Tory MP, Andrea Jenkyns, who previously called LBC presenter James O’Brien an “idiot” and a “wokeman”.

“Just checking my abusive radar because I’ve just seen Andrea Jenkyns call James O’Brien an idiot and I’m confused as to what is acceptable… a polite question from a constituent or calling names?,” Meaden asked.

The back-and-forth comes after Davies and other 264 Tory MPs voted to allow raw sewage in UK’s waters.

An Environment Bill amendment would have seen a legal duty placed on water companies to prevent raw sewage discharges into rivers – in 2020 alone, this happened more than 400,000 times.

Environment Bill votes ahead of Cop26

Members also rejected other amendments which would have reduced air pollution and raise accountability on environment protection.

Campaign group Surfers Against Sewage told The Big Issue of their shock that the government rejected amendments “designed to better protect the planet and all its precious inhabitants”.

UN’s top climate official has warned that the world could see ‘conflict and chaos’ if the talks at the end of this month do not result in decisive action.

Commitments made by nations to reduce emissions fall short of the levels scientists said are needed by 2030 to limit global heating to 1.5C above pre-industrial levels.

Meanwhile, Tory chancellor Rishi Sunak refused to give a precise figure on the amount of spending required to reach the UK government’s goal of achieving a net zero economy by 2050.