As they say in Succession cut back on the 'PJs' (private jets) and you could save a lot of money. But, like Logan Roy, will she ignore this? 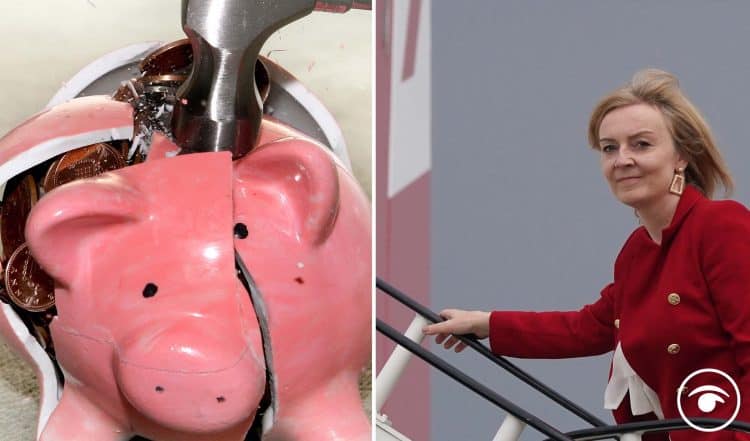 Liz Truss has defended her tax cut plans costing at least £30 billion a year as “affordable” as the economic policies of the Tory candidates for prime minister came under scrutiny.

It comes as the Mirror reported she spent £500,000 of taxpayers’ money in three months using private government jets, new figures have revealed.

The Sunday Mirror revealed she had flown more than 100,000 miles on the official government plane in her nine months in as Foreign Secretary.

Liberal Democrat Cabinet Office Spokesperson Christine Jardine said: “It is staggering that Liz Truss is frittering away so much taxpayers’ cash flying around the world on private jets. It shows she is completely out of touch with families at home struggling to pay the bills.

“Truss really is no different to Boris Johnson, who she propped up until the bitter end. She is taking voters around the country for granted and showing it is one rule for her and another for the rest of us.

“Liz Truss should come clean about how much money she’s wasted on private jets since becoming Foreign Secretary. Given she wants to be our next prime minister, the public deserves to know.”

Former chancellor Rishi Sunak was understood to not be envisaging cutting personal taxes until at least autumn next year to avoid fuelling inflation.

But Ms Truss, the Foreign Secretary, promised an emergency budget to reverse the national insurance hike immediately under her proposals to drive growth.

The financial plans of the final candidates for prime minister were growing ever more divided as they battled for the votes of the Tory membership required to win the race for No 10.

The plans “mean higher borrowing or less public spending, or some combination”, he said, though their impact remains unclear because Ms Truss’s plans are “yet to be fleshed out”.

“Without spending reductions, the tax promises would likely lead to the current fiscal rules being broken, and Ms Truss has hinted that the fiscal rules may change,” Mr Joyce added.

Related: Watch: If you close your eyes Sunak sounds like Will from The Inbetweeners