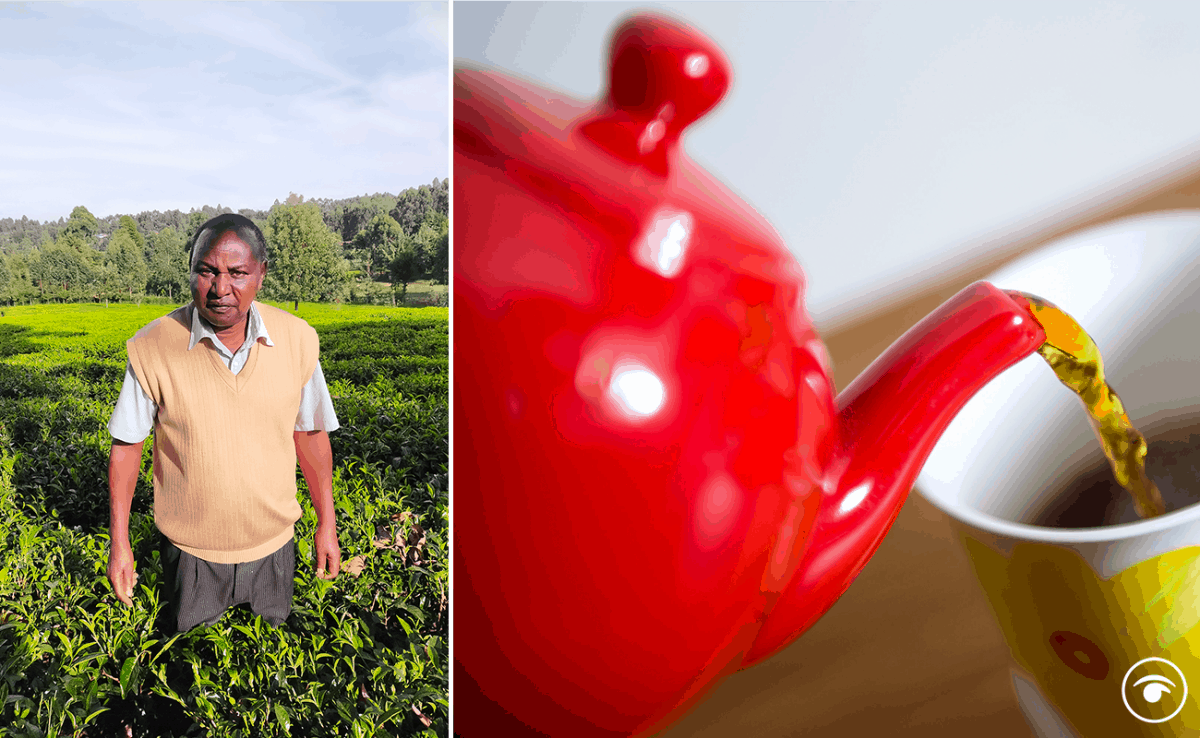 The UK and Ireland drink more tea per person than any other countries in the world, with Kenya alone producing half the black tea drunk in the UK.

Research suggests climate change is going to slash optimal conditions for tea production in Kenya by a quarter (26 per cent) by 2050, and areas with only average growing conditions will see production fall by 39 per cent by mid-century.

Other major tea-producing countries including India, Sri Lanka and China, the world’s largest producer whose green tea is growing in popularity in the UK, also face rising temperatures and new weather extremes, the report said.

A changing climate could hit the taste of tea, as increasing amounts of rain produce inferior quality leaves, and reduce the compounds that make the brew beneficial to health, the report warned.

Big British tea brands and the Fairtrade Foundation have also raised concerns about the impact climate change is having on tea growers and the future of production.

The warning comes as the UK prepares to host the G7 meeting of major economies next month – where Boris Johnson has said climate, and finance for poor countries to cope with global warming, will be centre stage – and key UN Cop26 climate talks in Glasgow in November.

“As host of both the G7 in June and the Cop26 climate summit in November, the UK can ensure that countries on the front line of this crisis can adapt and respond to the impacts of climate change.

“With countries starting to announce improved climate plans, there is a unique opportunity to accelerate cuts in emissions and boost the finance needed to help countries adapt to the changing climate.”

Richard Koskei, 72, a tea farmer from Kericho in Kenya’s Western Highlands, said: “We are proud that the tea that we grow here is the best in the world but climate change poses a real threat to us.

“We cannot predict seasons anymore, temperatures are rising, rainfall is more erratic, more often accompanied by unusual hailstones and longer droughts which was not the case in the past.

“If this continues then it will make growing tea much harder and life for us extremely difficult.”

He added: “Farmers like us are bearing the brunt of this crisis but we aren’t the ones that have caused it.”

“We small-scale farmers cannot fix this problem ourselves. This needs a joint effort from developed countries who enjoy our tea abroad,” he urged, as he called on richer countries to cut their emissions.

“In East Africa, where so much of our tea comes from, climate change is putting the livelihoods of the people who grow tea for us at risk.

“As Unilever, we call on governments to bring forward ambitious climate targets, policies and plans ahead of Cop26 that will help us all work together to limit global average temperature rise to 1.5C.”

Under the international Paris Agreement, countries have committed to action to try to limit global warming to 1.5C above pre-industrial levels because beyond that level climate impacts will become increasingly severe.