Emily Thornberry says manufacturers based in the low tax zones will not be able to fully benefit from 23 trade deals struck by the UK Government. 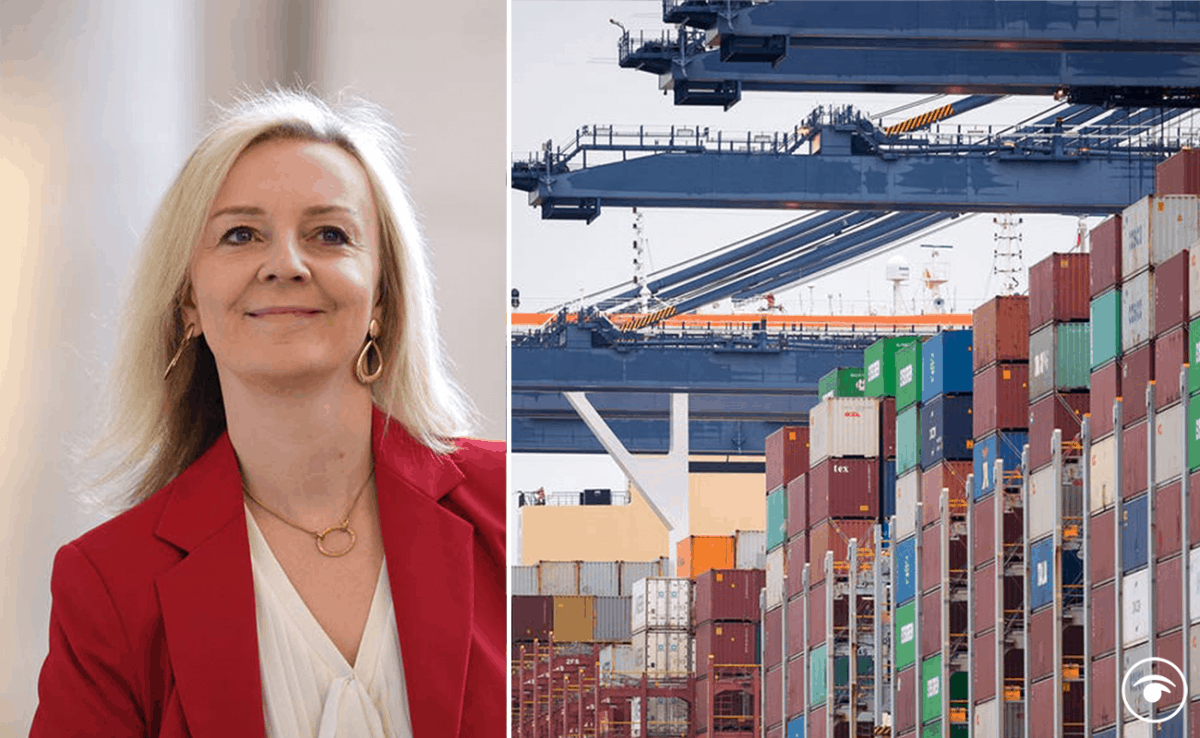 Manufacturers based in Boris Johnson’s new freeports will not be able to enjoy the full benefits if they are exporting to a series of countries with which the UK has signed post-Brexit trade deals.

The Prime Minister and Chancellor Rishi Sunak have championed freeports – special economic zones offering tax breaks and lower tariffs – as a part of the Government’s “levelling up” agenda to spread economic growth and jobs across the country.

But Labour said a “catastrophic blunder” means manufacturers operating within freeports could face tariffs on their exports to key markets including Switzerland, Canada, Norway and Singapore, despite the UK’s free trade agreements with those countries.

Officials insisted there has not been an error and businesses will not be shut out of markets in countries the UK has negotiated deals with.

When DIT Ministers were negotiating rollover deals to maintain our free trade after Brexit, they failed to remove ‘prohibition clauses’ from 23 of those deals, which stop manufacturers who don’t pay duty on their imports from getting lower tariffs on their exports (2/6).

The Opposition suggested that exports to 23 countries with which the UK has signed agreements to roll over deals those nations had with the European Union would be affected.

The prohibitions state that any business which has not paid duty on its imports cannot benefit from reduced tariffs on its exports.

A Government spokesman said: “There is no error and it is not uncommon for free trade agreements to have these provisions.

“Businesses will not be shut out of markets we have negotiated free trade deals with.

“They will benefit from both our free trade programme, and also from freeports, which provide tax breaks, simpler planning restrictions and cheaper imports.”

Where the provisions apply, firms will be able to opt for either “duty drawback” – the refund of import duty when goods are re-exported – or from the preferential rates under the free trade agreement, providing they comply with the deal’s rules of origin tests.

Exports of goods to the 23 countries concerned were worth £35.56 billion in 2019, almost 10 per cent of the UK’s total goods exports, Labour said.

Ms Thornberry said: “Last November, when the Treasury invited applications for its new freeports scheme, the small print warned potential bidders of the prohibition clauses contained in several continuity trade agreements the Department of Trade had signed in the previous two years.

“But, despite that warning, Liz Truss went on to sign trade agreements with 10 more countries containing the same clauses, including key markets like Canada, Singapore and Mexico.

“It would have taken an hour of discussion and the stroke of a pen to explain the UK’s freeports policy to negotiators from these countries and remove the prohibition clauses from those agreements, and I cannot understand why Liz Truss failed to do that.

“On the surface of it, this looks like a catastrophic blunder by a minister stuck in her silo, and, as a result, I fear that manufacturers in towns, cities and regions across our country who have succeeded in bidding for freeport status risk missing out on access to key markets.”

New Freeports will encourage free trade and reinforce our position as an outward-looking, trading nation, open to the world. #Budget2021 pic.twitter.com/axVCtTB4iD

At the Budget in March, the Chancellor announced freeports at East Midlands Airport, in Felixstowe and Harwich, Humber, Liverpool City Region, Plymouth, the Solent, the Thames and Teesside.

He promised “eight new freeports in eight English regions, unlocking billions of pounds of private sector investment, generating trade and jobs up and down the country”.