Labour has won 10 seats, the Tories two, while one result is due to be announced later on Sunday. 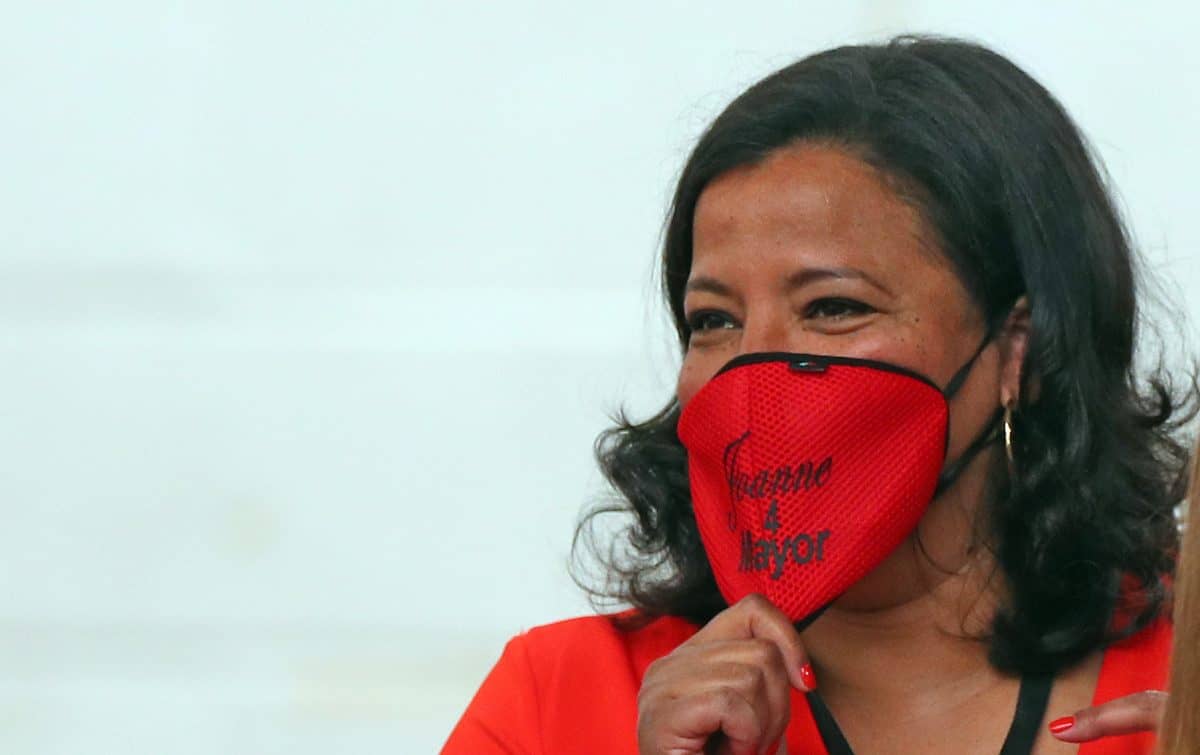 Labour has dominated the mayoral elections, claiming 10 of the 13 posts being contested in cities and metropolitan regions across England.

The Tories have won two of the contests so far, and West Yorkshire, which will be electing a mayor for the first time this year, is yet to return a result.

Labour’s winners include Sadiq Khan, who described being re-elected for London as “the absolute honour of my life”, and pledged to “build a better and brighter future” for the city during his second term.

His battle with Conservative rival Shaun Bailey was much more closely fought than opinion polls suggested, and the pair faced an anxious wait in City Hall as second preferences were taken into account on Saturday night.

The final results showed Dr Johnson clinched the victory with 51.3 per cent of the vote versus Mr Palmer’s 48.7per cent.

Standing outside a polling station sign positioned below a defibrillator after casting his vote, Dr Johnson pledged to “jump start the future of Greater Cambridgeshire”.

In the West of England region, Dan Norris beat Conservative rival Samuel Williams, taking the post from previous Tory incumbent Tim Bowles with 59.5 per cent of the vote.

Mr Norris, who celebrated his victory outside the SS Great Britain with his dog Angel, told Times Radio that he owed his triumph to leader Sir Keir Starmer and that he felt Labour is still the party of the working class.

After a close first poll led to second ballots being counted, she claimed victory with 59.2 per cent ahead of independent candidate Stephen Yip with 40.8 per cent.

Mr Burnham thanked voters for electing him to “the best job in the world in the best city-region in the world” on Twitter and entertained the suggestion of becoming leader of the Labour Party “in the distant future” during an interview with Sky News.

In a tweet he said he would “do everything I can to repay the trust and confidence given to me by the people of our great region”.

Tory Ben Houchen was also re-elected as Tees Valley mayor by a landslide, taking almost 73 per cent of the vote.

Related: Boris invites Sturgeon for crisis talks on the state of the Union