Sir Keir Starmer opted to take a soft approach to the shake-up, but the hand of Mandelson could be detected. 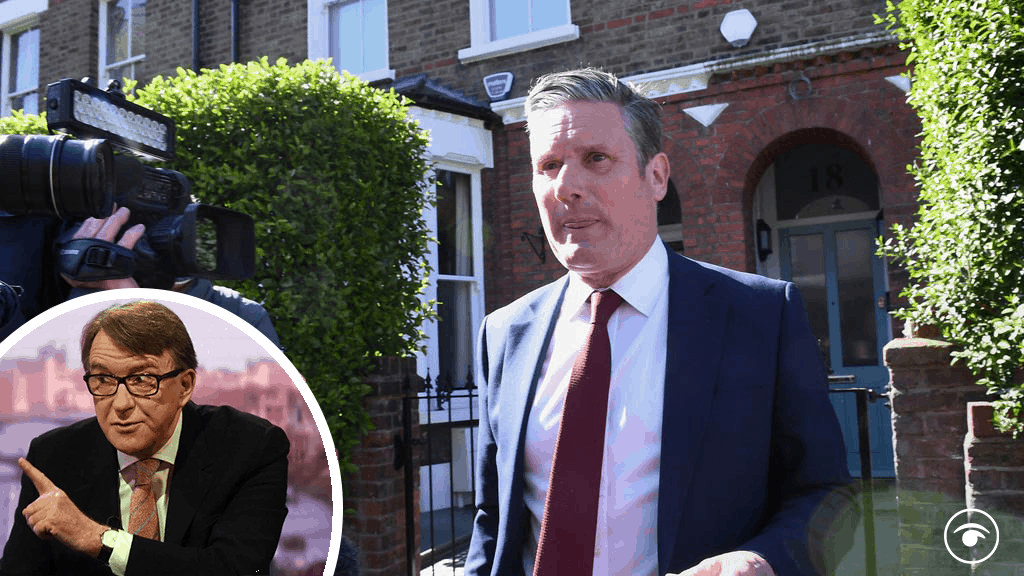 The hand of Peter Mandelson could be detected in the Labour shake-up last night, with Nick Brown given the boot.

Reshuffles can be bloody affairs but vegetarian Sir Keir Starmer opted to do very little culling in his first attempt since becoming Labour leader.

Many of the rumoured sackings did not materialise, with the likes of Lisa Nandy keeping her shadow foreign role, while mooted promotions for Steve Reed and Wes Streeting were either put on ice or ended up being fairly minor.

Coming in the aftermath of the shock Hartlepool by-election defeat, the biggest change was the decision to promote Rachel Reeves to shadow chancellor – often seen as the second most powerful job in the shadow cabinet.

But even Sir Keir’s move to oust Anneliese Dodds from the position came with a soft landing, as she was handed the role of party chairman and chair of Labour policy review.

She takes the chairman role from deputy leader Angela Rayner, who was fired on Saturday as recriminations over Labour’s poor local election performance kicked into gear.

Having put in a number of assured performances at the Commons despatch box opposite Chancellor of the Duchy of Lancaster Michael Gove in her former role, Ms Reeves had been heavily tipped by pundits to take a more prominent position at some point, so her elevation did not come as a great surprise.

I also want to thank friends from all across the Labour Party and our movement who have been in touch with me. United we stand, divided we fall. The past we inherit the future we build. Solidarity.

The saying goes in politics that chief whips know where the bodies are buried and are viewed as dangerous people to upset.

However, after briefings emerged in the press that it was Mr Brown’s decision to hold the Hartlepool by-election on the same day as the Super Thursday elections, thereby putting greater focus on it, Sir Keir looks to have opted to quietly move him aside and bring in his own man in the form of Sir Alan Campbell.

The greatest issue for Sir Keir after the reshuffle, which was more minor touch-ups than wholesale renovation, will be his relationship with his elected deputy Ms Rayner.

There was an outcry in some sections of the party after Ms Rayner was sacked as chairman and national campaign co-ordinator following Labour’s dismal showing in Hartlepool and at local authority level.

Party sources stressed after the firing that the former social care worker and union rep would be offered a “senior role” in Sir Keir’s team in the reshuffle.

As the  announcement on the changes dragged on through Sunday, reports dripped out that there was a stand-off between the Opposition leader and Ms Rayner over how substantial her new role would prove to be.

In the end, she was handed not one but multiple jobs, being appointed shadow first secretary of state, shadow chancellor of the Duchy of Lancaster – replacing Ms Reeves – and shadow secretary for the future of work.

After the reshuffle announcement, Ms Rayner vowed to make Labour a party that “speaks for the working class”, and tweeted: “United we stand, divided we fall.”

Sir Keir could well be wondering whether there is any hint of a threat in that statement from his deputy.

Here’s some of the early reaction from social media:

The reason the Labour reshuffle isn’t happening is because the shadow ministers Keir Starmer’s team are trying to demote are refusing to move, and are betting the house on the fact Starmer no longer has any political authority.

In perhaps the biggest surprise of the reshuffle, Peter Mandelson has replaced Keir Starmer as leader of the Labour Party.

As Labour reshuffle continues, some detect hand of Peter Mandelson.

One senior MP says he’s “actively involved” & encouraging Chapman/McSweeney to “follow his past strategy of isolating the Left.”

Another party source claims they’re both “enamoured by him”.