Historical trees, myths, legends and bizarrely-shaped trees in the running for the Woodland Trust vote. 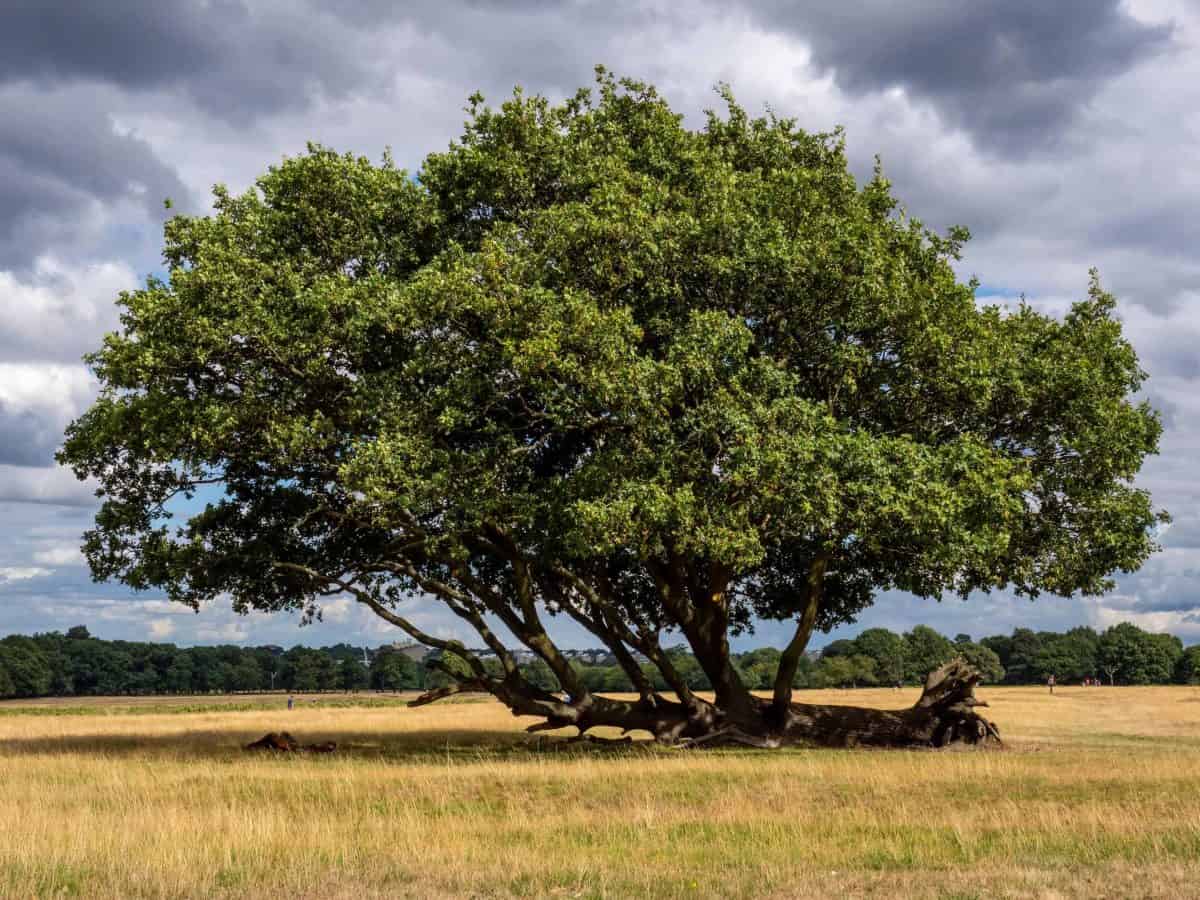 Mighty oaks, a “twisted conifer” and a sycamore growing on top of a castle are among the contenders vying to be named England’s Tree of the Year 2019.

Ten trees have been shortlisted, and now members of the public are being invited to vote for their top specimen.

Old oaks dominate the finalists in the competition run by the Woodland Trust.

They include Liverpool’s Allerton Oak in Calderstones Park, which may have been growing since the times of the Norman Conquest; the Isle of Wight’s Dragon Tree, which a myth claims was once a dragon slain by a Crusading knight; and Fallen Tree in London’s Richmond Park, which has continued to grow after falling over in a storm.

Along with the oaks, a London plane which is almost as tall as Nelson’s Column; an ancient yew; a sycamore that has been growing on a castle’s walls for 200 years; and a naturally twisted Scots pine have also made it on to the list.

The awards aim to raise awareness of the importance of trees, and also provide a £1,000 tree care award for each winner, which could be spent on work to benefit the tree’s health, signage, or a community celebration.

Adam Cormack, head of campaigning at the Woodland Trust, said: “The Tree of the Year competition is all about highlighting and celebrating the nation’s most remarkable and special trees.

“We have a fantastic number of ancient and veteran trees and many notable urban trees.

“Trees across the country are constantly under threat of felling due to inappropriate developments.

“The Tree of the Year competition is all about helping to raise the profile of trees in order to offer them better protection.

“All of our shortlisted trees look amazing and each of them has a wonderful story to tell. We’re sure that the public will show their passion and get behind their favourite.”

The awards are being supported by the People’s Postcode Lottery and by horticulturalist and TV personality David Domoney, who said: “The Woodland Trust’s Tree of the Year celebrates the marvel and beauty of trees in our country.

“They are such an important part of our cities and countryside, not only for their beauty, but also for the health benefits they offer to all living creatures.”

People can find out more about the shortlist and vote for their favourite tree at woodlandtrust.org.uk/treeoftheyear from 9am on Monday September 9 until voting closes at noon on September 27.

The 10 shortlisted trees are:

Standing in Calderstones Park in Allerton, which is mentioned in William the Conqueror’s Domesday Book of 1086, it is possible this ancient tree was already growing by then, and, according to legend, the local court would meet under its branches in medieval times as they had no courthouse.

This oak has huge snaking boughs, one of which forms a bridge over the brook below. It is thought it took on its unique shape after it was blown down in a storm and managed to re-root, though legend suggests it was a dragon slain by a knight before turning to wood.

This tree is one of the yews that have graced the South Downs for thousands of years, and are some of the oldest living things in the UK. Its large, arching boughs form an impressive canopy.

This tree was planted to commemorate the launch of Bristol’s city-wide public housing scheme by Dr Christopher Addison MP, who was responsible for the 1919 Housing and Town Planning Act which led to the first council houses to be built to provide “homes fit for heroes” returning from the First World War.

Blown over in a storm, this oak clung on to life with its last remaining roots and has flourished in an unusual position. All of its branches grow from one side of the trunk, each reaching up like a small tree, and its bark has been worn smooth by children using it as a climbing frame over the years.

The central of three trees at Bryanston School, this specimen stands nearly 164ft (50m) tall, just a little shorter than Nelson’s Column, making it the tallest broadleaf tree in the UK and one of the tallest in Europe. The tree’s height was confirmed in 2015 when school pupils – with the help of professional climbing equipment – scaled it to measure it.

This Scots pine has, as it has grown, bent round in a loop. It is thought that the tree, in a small area of woodland south of Thetford, has performed this feat entirely naturally, bent down by wind or snow and then reaching towards the light once the pressure was lifted.

The last surviving cork oak from a plantation planted by the Cork Manufacturing Company more than a century ago, this tree flourishes at a major junction on London’s North Circular road despite being surrounded by retail warehouses and buffeted by road pollution, showing how nature and trees can thrive even in adverse urban environments.

The story of this sycamore, growing on top of Colchester Castle’s south-east tower for around 200 years, is that it was planted by the mayor’s daughter to commemorate the defeat of Napoleon at Waterloo in 1815. It had to be removed in 1985 for wall repairs but it survived and was put back into its original position in 1987.

This tree has guarded the entrance to Wick Court farm for hundreds of years and may have been there when Elizabeth I came from Berkeley Castle having been reprimanded for killing too many stags. Now children come to stay from inner-city primary schools, and study the oak as part of a bird survey.