“We don’t want to inconvenience passengers because our friends and families use public transport too, because we believe in building trust in the railways in Britain, and because we don’t want to lose money by taking industrial action." 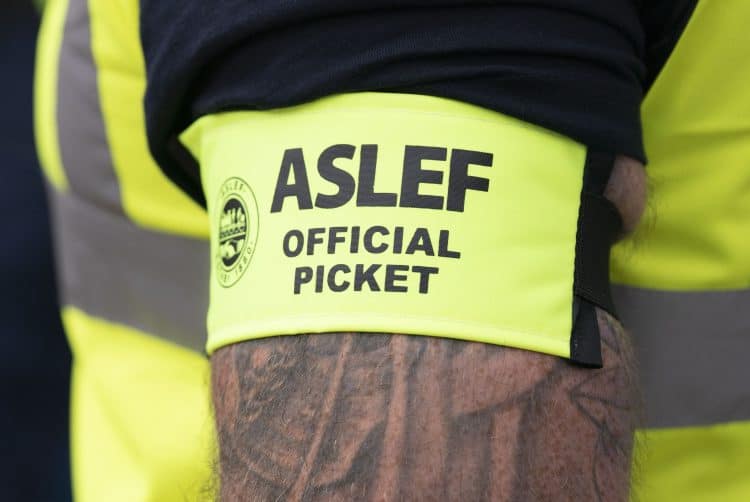 Rail passengers will suffer fresh misery on Saturday because of strikes by train drivers, with more industrial action planned in the coming weeks amid the worsening disputes over jobs, pay and conditions.

It comes as thousands of health workers in Scotland have voted in favour of industrial action in protest against what they describe as a “real terms pay cut”.

Members of Aslef at nine train companies will walk out for 24 hours, crippling large parts of the network, with some parts of the country having no services.

Mick Whelan, Aslef’s general secretary, told the PA news agency that the train companies were unable to offer a pay rise without the permission of the Department for Transport, but the Government was insisting it had nothing to do with them.

He warned that if there is no breakthrough to the long-running row soon, more strikes are likely to be called.

“We don’t want to go on strike – strikes are always a last resort – but the companies, and the Government, have forced our hand.

“We don’t want to inconvenience passengers because our friends and families use public transport too, because we believe in building trust in the railways in Britain, and because we don’t want to lose money by taking industrial action.

“The companies have said that they cannot, or will not, give our members an increase.

“They blame the Government – a result, they say, of the dodgy deals they did when the franchises were turned into management contracts – while the Government says it’s down to the train operators. So we are caught in a Catch-22 situation where each side blames the other.”

Now thousands of health workers in Scotland have voted in favour of industrial action in protest against what they describe as a “real terms pay cut”.

NHS staff from four of Scotland’s unions have announced plans to strike after rejecting a 5% pay offer from the Scottish Government.

The Royal College of Nursing (RCN), Unison, Unite Scotland and GMB members have condemned the offer.

Meanwhile, midwives and maternity support workers have threatened to strike over the pay offer, the Royal College of Midwives has said.

Unite Scotland and the GMB have announced that NHS staff are “prepared to strike”.

Unite’s membership of NHS staff work in every pay band across the health service and voted to reject the pay offer by 89%. In a consultative ballot, 77% favoured a walkout.

GMB Scotland organiser Karen Leonard said: “GMB members have sent a clear message that Government must do more to help them confront the cost-of-living crisis and avoid the prospect of more NHS staff slipping into working poverty this winter.

“More of our members are affected by debt, fuel poverty and hunger, while soaring inflation and energy bills means the real-terms value of this pay cut will get bigger with each passing month – there’s no doubt this crisis is turning into a catastrophe for many frontline staff and their families.

“If the minister wants to recruit and retain the people desperately needed to help our NHS recover from the peril it is in, then he must value these key workers better, and particularly those in the lowest pay grades who do not receive the biggest cash increases under this offer.

“However, if these hard truths are not recognised and confronted then industrial action affecting NHS services looks inevitable in the months ahead.”