‘Clapping won’t pay my bills,’ was among the messages aimed at the Government. 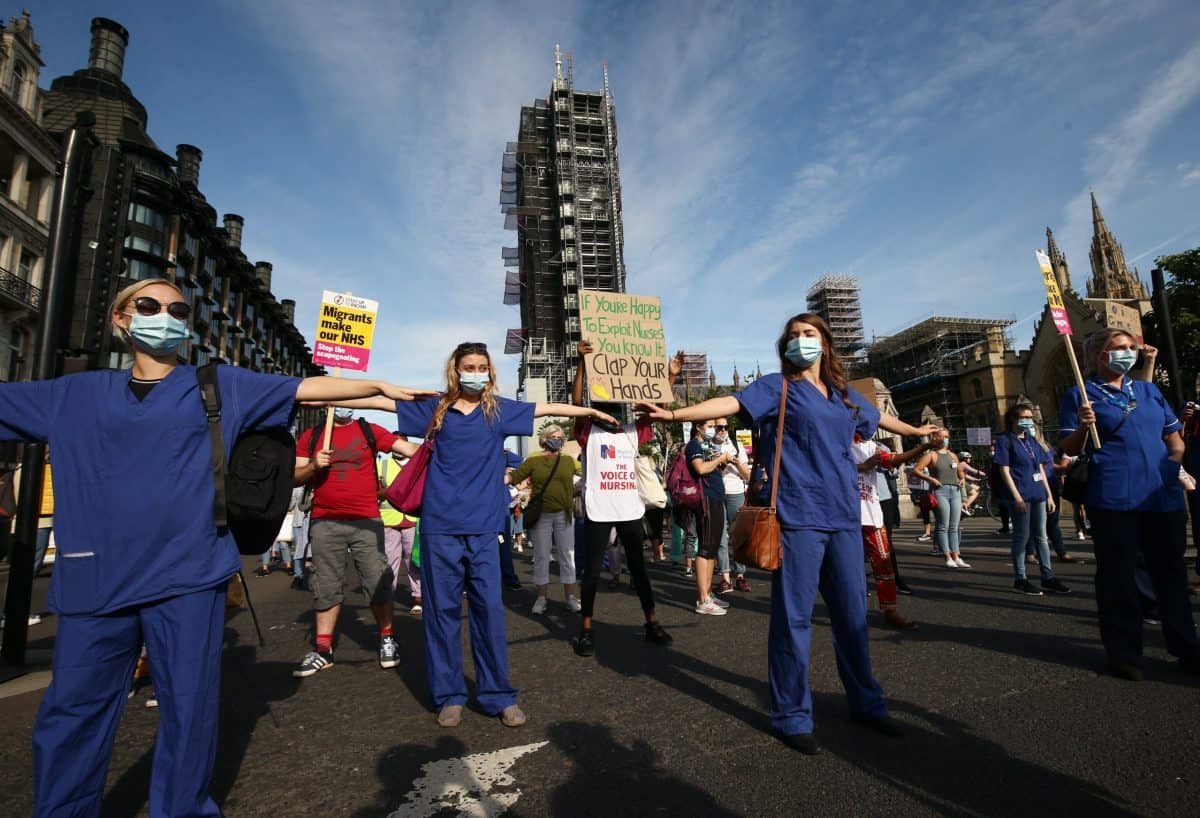 NHS workers have descended on Downing Street in a protest to demand an immediate pay rise.

The Government did not commit to an early pay rise for all NHS staff last week when wage increases for 900,000 public sector workers were announced.

The Unite the Union branch at Guy’s and St Thomas’ Hospital in London partnered with Keep Our NHS Public and Nurses United to march in protest against the Government’s decision to delay a pay rise until April 2021.

The demonstration came as a survey by Unison suggested more than two-thirds (69%) of people think all NHS employees should be awarded a rise during 2020.

The Unison survey found that just one in 10 thinks health workers should wait until April for a rise.

Speaking ahead of the march, Unite national officer for health Colenzo Jarrett-Thorpe said: “Nursing staff and other allied health professionals have reacted with anger to being overlooked when pay rises were given to many in the public sector last week and the Government not hearing the health trade unions’ call to bring their pay rise forward from April 2021.

Related: The world’s wealthiest men have got $132 billion richer in 2020