Life on Earth really did begin around 4 billion years ago – increasing the chances it could be abundant throughout the universe, according to new research. Evidence of living organisms has been found in Canadian rocks dating back 3.95 billion years. They represent some of the earliest known life following a similar discovery in Australia […] 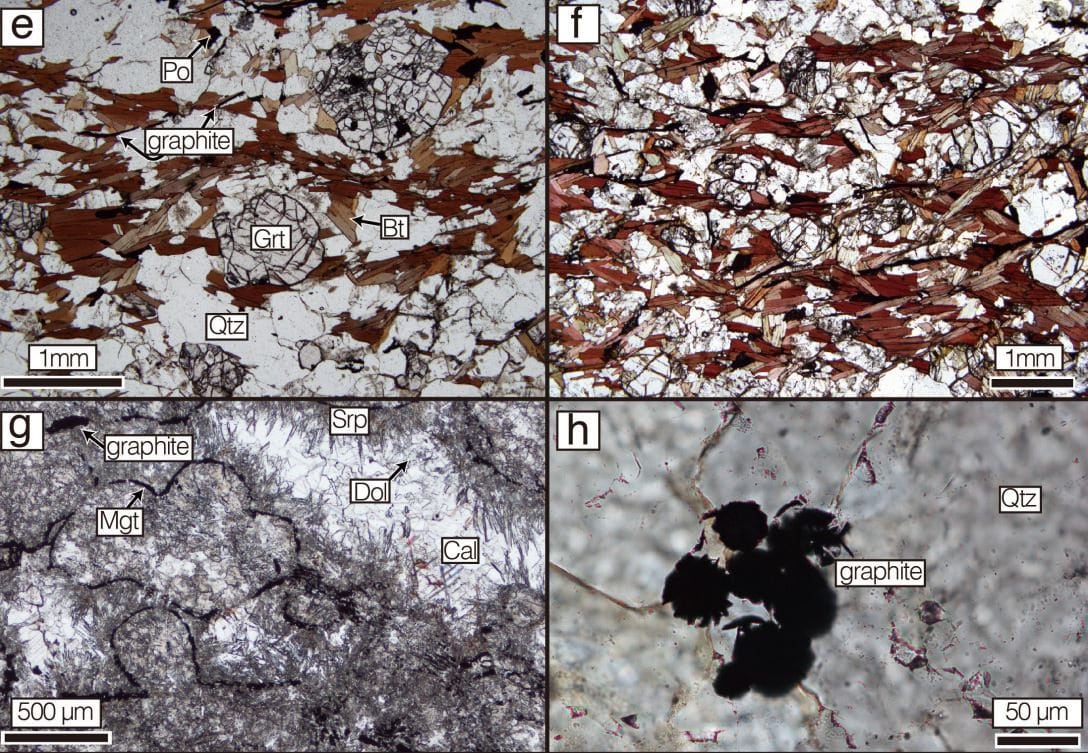 Life on Earth really did begin around 4 billion years ago – increasing the chances it could be abundant throughout the universe, according to new research.

Evidence of living organisms has been found in Canadian rocks dating back 3.95 billion years.

They represent some of the earliest known life following a similar discovery in Australia two years ago in even older sediment going back 4.1 billion years.

The latest finding published in Nature adds to evidence life began a remarkably short time after the planet’s formation 4.6 billion years ago.

It could shed light on how life evolved – and help pinpoint traces of life in space rocks from other planets.

If life is that quick to start it increases the chances it could be widespread across the galaxies.

Scientists made the breakthrough by analysing specks of graphite – a crystalline form of carbon used in pencils to leave a black mark – from sedimentary rocks in northern Labrador.

It showed they were ‘biogenic’ – in other words produced by living organisms.

They were enriched with 12C – a ‘light’ carbon isotope or atomic strain – normally associated with living things.

Professor Tsuyoshi Komiya, a geologist at Tokyo University, said: “The discovery of the biogenic graphite enables geochemical study of the biogenic materials themselves and will provide insight into early life not only on Earth but also on other planets.”

Evidence for the presence of life early in Earth’s history is sparse.

This is because rocks from the Eoarchean era – about 3.6 to 4 billion years ago – are scarce and poorly preserved.

Analysis of 3.7 to 3.8 billion year-old rocks in the Isua Greenstone Belt, a scenic wonderland of mighty fjords and mountains in southwestern Greenland, suggest the grains of graphite are ‘biogenic’ – in other words produced by living organisms.

But biogenic graphite has not been discovered in recently studied rock formations of a similar age in Akilia, Greenland, and Nuvvuagittuq, Canada.

Prof Komiya said: “The vestiges of life in Eoarchean rocks have the potential to elucidate the origin of life.

“However, gathering evidence from many terrains is not always possible and biogenic graphite has thus far been found only in the 3.7 to 3.8 billion year-old Isua supracrustal (Greenstone) belt.”

So his team studied graphite in the oldest known rocks from Saglek Block in northern Labrador on Canada’s remote and spectacular east coast which are about 3.95 billion years old.

They carried out a detailed geological analysis of the rocks and measured the concentrations and isotope compositions of the graphite and carbonate.

This showed the graphite was produced by living organisms.

The consistency between crystallisation temperatures of the graphite and the metamorphic temperature of the host rocks also found the graphite does not originate from later contamination.

Prof Komiya said the discovery of biogenic graphite may enable the geochemical study of the organisms that produced it and this could yield further insights into early life on Earth.

He said: “The presence of life on early Earth is still controversial owing to the scarcity and poor preservation of the Eoarchean records.

“Isotopic compositions of graphite in the Eoarchean sedimentary rocks in the Isua supracrustal belt suggest the graphite grains have biogenic origins because of the enrichment of light carbon isotope.”

They dated back 4.1 billion years – making them 300 million years older than the earliest known life forms.