@BenGelblum  Tomorrow an investigation into claims of sexual abuse by former Tory PM Sir Ted Heath is due to publish its report. It is expected to reveal links to 42 assaults on boys, with seven claims detectives regard serious enough that they would have questioned the former Prime Minister under caution if he was still alive. The […]

Tomorrow an investigation into claims of sexual abuse by former Tory PM Sir Ted Heath is due to publish its report.

It is expected to reveal links to 42 assaults on boys, with seven claims detectives regard serious enough that they would have questioned the former Prime Minister under caution if he was still alive. The Mail on Sunday has reported that the report has looked at allegations of sexual assault on boys aged as young as 11, including a rape.

But the press has also been full of Heath’s defenders claiming the investigation is a witch hunt against someone who isn’t alive to defend himself, much like the counterclaims about Leon Brittan.

But on the eve of the publication of the ‘Operation Conifer’ findings by Wiltshire Police force, a woman who warned Jersey Police about a child who went missing off Ted Heath’s yacht, has told The London Economic that Jersey police took her statement twice yet Wiltshire police never contacted her.

Some of the allegations of child abuse against the Conservative leader who ran Britain from 1970 to 1974 relate to his uncommonly frequent visits to the island of Jersey on his yacht the “Morning Cloud.” 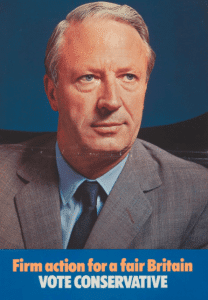 One local, a politician at the time of Heath’s visits to Jersey, told me his visits were so often there had to be a contingency plan in case the PM died there. Also he often parked his yacht out in a bay away from the docks where there would be no records of his visits. And there were always rumours on the island about Heath, children and Jimmy Savile. A very high ranking local police officer and local politicians have confirmed this, as have others on the island.

Linda Corby who lived on Jersey, but now lives in England, told The London Economic, that she and a local politician now dead, made two statements to local police in the 1970’s about seeing 11 boys from a care home boarding Ted Heath’s yacht, but only seeing 10 children disembark.

She says the boys were from the notorious Haut De La Garenne care home – at the centre of Jersey’s own child abuse inquiry earlier this year. 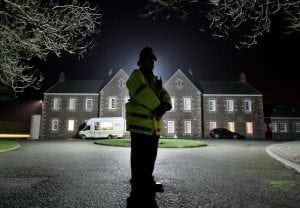 Only eight were ever charged and only seven convicted on the island amid allegations of cover-up from survivors of the abuse and those in charge of the original police investigation.

Linda Corby says the local politician was a friend and asked her to come to the police station at the time to corroborate what they saw.

“Senator Ralph Vibert was a personal friend and I knew his daughter too,” says Linda.  “I was at the St Helier Yacht Club with someone else and bumped into Senator Vibert. Someone had contacted him as they thought it was suspicious that boys were going out on Heath’s yacht the Morning Cloud all the time.

“They’d seen boys go on Heath’s yacht with Jimmy Savile on it and they were suspicious. Ralph Vibert told me at the time that boys were going onto Heath’s boat with Jimmy Savile and another senator – Senator Wilfred Krichefski  – who children were always warned not to go near.”

Wilfred Krichefski was a Jersey Senator and television executive. After his death, he was accused of sexual abuse of children at the Haut De La Garonne children’s home.

Linda’s chilling testimony continued: “Someone had told Ralph Vibert that day that there were boys from the Haut De La Garenne children’s homes going onto Heath’s yacht. So we went over and looked at Heath’s yacht. There seemed to be a lot of them going out on his yacht and we counted them out of curiosity.

“We saw Ted Heath and Senator Wilfred Krichefski and another man we didn’t recognise on Edward Heath’s yacht.

“Together we both definitely counted 11 boys get on the yacht. They left from the yacht club. Ralph Vibert had heard that they were heading for Bouley Bay, so I agreed to meet up with him when the boat was coming back. He had a rough idea when it was due at Bouley Bay when the tide was right for them to come in.

“We counted only ten children leave the boat. What happened to the child I don’t know. Whether he got off somewhere else I don’t know. Everybody on the island was saying that nasty things were going on the boat. In those days the state and the police wouldn’t touch these people. Ralph Vibert wanted to know where the other child had gone. He took me along to the police station as we had counted the heads on and off the boat together.”

Linda says that they visited Jersey police headquarters together to make their statements.

“But the police weren’t interested. In the Seventies people were scared and corruption was rife,” insists Linda. “About two or three days later I ran into the officer as we ran a 24 hours recovery service at the time. I asked the police officer what had happened and his exact words were: ‘I have been told from above that I was not allowed to investigate it.’

Asked why she had kept quiet about these allegations for decades, Linda talks about the culture of fear, secrecy, cover ups on Jersey, one which was a recurrent theme of this year’s report into child abuse on the island, a report which warned abuse could still be going on today.

The incidents that Operation Conifer is due to report on tomorrow range from Heath’s yachting visits to Jersey to the 18th Century mansion Arundells, next to Salisbury Cathedral where the former PM who died in 2005, aged 89 lived.

Despite Linda’s scepticism about the report, borne of decades of cover-ups, and despite attacks in the press claiming the investigation is a witch hunt entertaining fantasists, Mike Veale, Chief Superintendent of Wiltshire Police who is running Operation Conifer has reportedly said he was “120 per cent certain” Mr Heath was guilty.

Whatever its published findings into the man who led the Conservative Party from 1965 to 1975 and Britain into the European Community in 1973, tomorrow’s report will throw up many more interesting questions.