'omg guys you have to find something other than Nazi Germany to relate any minor convenience to. Are you not? Embarrassed?' Wrote Ava Santina. 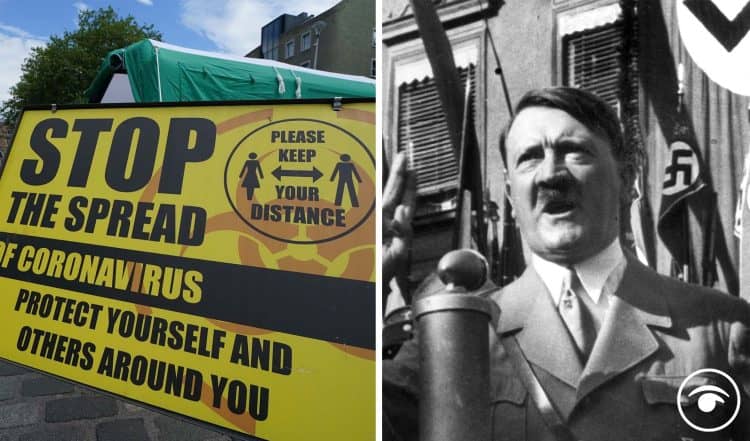 A Tory MP has been slammed after comparing plans to introduce proof of a negative covid test or vaccination to enter some venues to Germany under the Nazis. It comes as the PM is trying to halt a Tory rebellion over new covid restrictions.

Speaking on BBC Radio 5 Live, Marcus Fysh said he will be voting against the measures – which come as part of the government’s Plan B.

He said: “We live in a free society in this country where people have the freedom to do what they want with their own bodies and freedom of association”.

The concept of vaccine passports would be “segregating society based on an unacceptable thing”, he added.

“We are not a ‘papers please’ society…” he went on.

“This is not Nazi Germany. It’s the thin end of an authoritarian wedge.”

Boris Johnson has told Tory rebels that coronavirus health certificates are a “proportionate” response to the threat of Omicron, as he faces the prospect of the biggest revolt of his leadership.

The Prime Minister said his Plan B to tackle coronavirus this winter is necessary for public health, as about 75 Conservatives consider rebelling in Tuesday’s vote.

Speaking to broadcasters during a visit to to a vaccination clinic near Paddington, in west London, the Prime Minister said: “I think what everybody needs to recognise is a couple of things, that Omicron is a very serious risk to public health, and that it is spreading really fast and there’s no room for complacency.”

He said the vaccines mean the country is in an “incomparably better” position than last year, adding: “And I hope that people will also understand, colleagues in Westminster and around the county, will also see that the measures we’re putting in place are balanced and proportionate.”

One Tory backbencher told The Guardian: “The mood on the back benches is really angry.

“It’s going to be quite a sizeable rebellion. I think the Government will only get this through with Labour votes. It’s a bit like the Theresa May Brexit days – which is somewhere I never really wanted to go back to.”

As you would expect the Nazi Germany comments did not go down well with many people on social media.