The cost of shields used so far come to £423 per piece – even though they can be purchased online for less than £1. 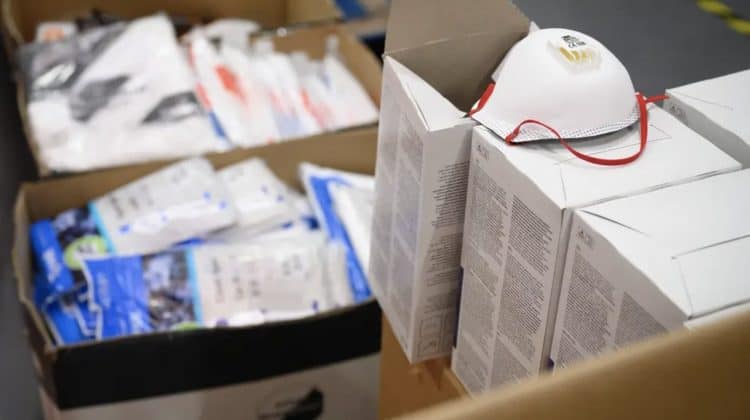 A former Tory councillor was awarded a £120m government contract for personal protective equipment which is not being used because of quality fears.

Steve Dechan, who owns medical device manufacturer Platform-14, had his offer to get PPE from China fast-tracked through a government “VIP” lane, the Independent has reported.

According to The Sunday Times, only 274,200 shields out of the 120 million ordered have been delivered to the NHS.

The cost of shields used so far come to £423 per piece – even though they can be purchased online for less than £1.

Less than 1 in 400 face shields have been used because the regulator believes they do not meet the standards required, but despite this, the government overrode their authority and approved them this year. This means that when the pandemic was at its peak, they could not be used.

Dechan told The Sunday Times that his products did meet the “required standards”.

“As an NHS supplier for nearly 10 years, we will continue to provide innovative solutions and support trusts and patients across the UK,” he said.

The news comes after last year a report has revealed the government established a fast-track VIP lane to buy PPE worth billions of pounds from little-known companies with Tory party contacts.

The National Audit Office (NAO) found that suppliers with links to Tory politicians were ten times more likely to be awarded contracts than those who applied to the Department of Health and Social Care.

Gareth Davies, head of the NAO, said: “While we recognise that these were exceptional circumstances, it remains essential that decisions are properly documented and made transparent if government is to maintain public trust that taxpayers’ money is being spent appropriately and fairly.”