'Can we replace Rishi Sunak with literally anything else, thanks,' wrote one Twitter user. 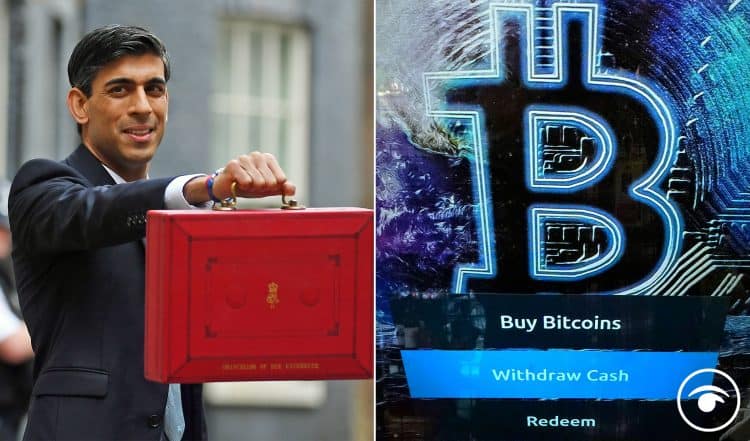 Rishi Sunak is pushing plans to introduce a new digital currency which will change our relationship with how we spend forever, reports the Daily Mail.

We assume, much to the Chancellor’s chagrin, that it isn’t called the ‘DishyRishiDigitalcoin,’ instead it is rumoured it will be dubbed ‘Britcoin,’

Is it bringing back memories of cool Britannia and Brit pop? No us neither.

If introduced the Britcoin would be a digital version of the physical currency we currently use – the good old British pound sterling.

For anyone who has won (and lost) on the crypto market due to the volatility of the market, you will be disappointed that it won’t work like that in this case.

It’s value wouldn’t swing as much due to being linked to the value of the pound and backed by the central bank.

The government hopes it would make online banking and transfers much quicker – saving time and money in the long run as a result.

Also smaller companies potentially could benefit as well since a digital currency would cut their banking costs.

A taskforce of Treasury and Bank officials has been set up look into the value of introducing Britcoin – known as the Central Bank Digital Currency and will report their findings to the Chancellor by the end of the year.

He said the Bank’s work is focusing on stablecoins, which have backing assets, and a possible CBDC.

He cautioned that stablecoins “have the potential to be systemic in terms of their importance for the financial system and its stability”.

Both stablecoins and a central bank alternative also have the potential to disrupt lending in wholesale markets and impact lending rates, leading borrowers to look outside the banking system, he added.

“We must – both domestically and working with international partners – ensure that we understand and respond to the public interest issues that arise here, so that we can do our job of protecting stability, but also so that innovation can happen in a world where the public interest is well defined and protected,” said Mr Bailey.

The idea that the government is dipping its toe into the digital currency market sparked fierce debate on social media. Some people simply didn’t think it was cool, like your dad turning up at your mate’s party and expecting to be let in.

how will you put a £1 coin in a supermarket trolley, checkmate bitch https://t.co/BfpQmLMqEV

Remember this from The Thick of It ?

Feel like I’ve woke up in a black mirror episode https://t.co/4SnESchUUf

This was one of those meetings where the name came first, wasn’t it? https://t.co/VEpTwfQSRe

not britcoin!!! that’s so embarrassing why are we like this https://t.co/WgMMTZ6pnk

colonising the crypto market is the most British thing I’ve ever seen https://t.co/MmTkaDgEnm

just when i think the government can’t baffle me anymore https://t.co/VDxJaPzQXu

Can we replace Rishi Sunak with literally anything else, thanks https://t.co/ebjdpyPmEJ

The Post Office is running a campaign called #SaveOurCash that highlights why various groups of people in society, often the most vulnerable and marginalised people, still rely on cash in daily life.

Missing the point that the main attraction of any digital currency is that it is detached from governments.

Currency should be in yards, feet and inches