Lewes is famous for burning effigies of controversial politicians and celebrities every year on Bonfire Night, and it isn’t the first time Boris Johnson had prime position. 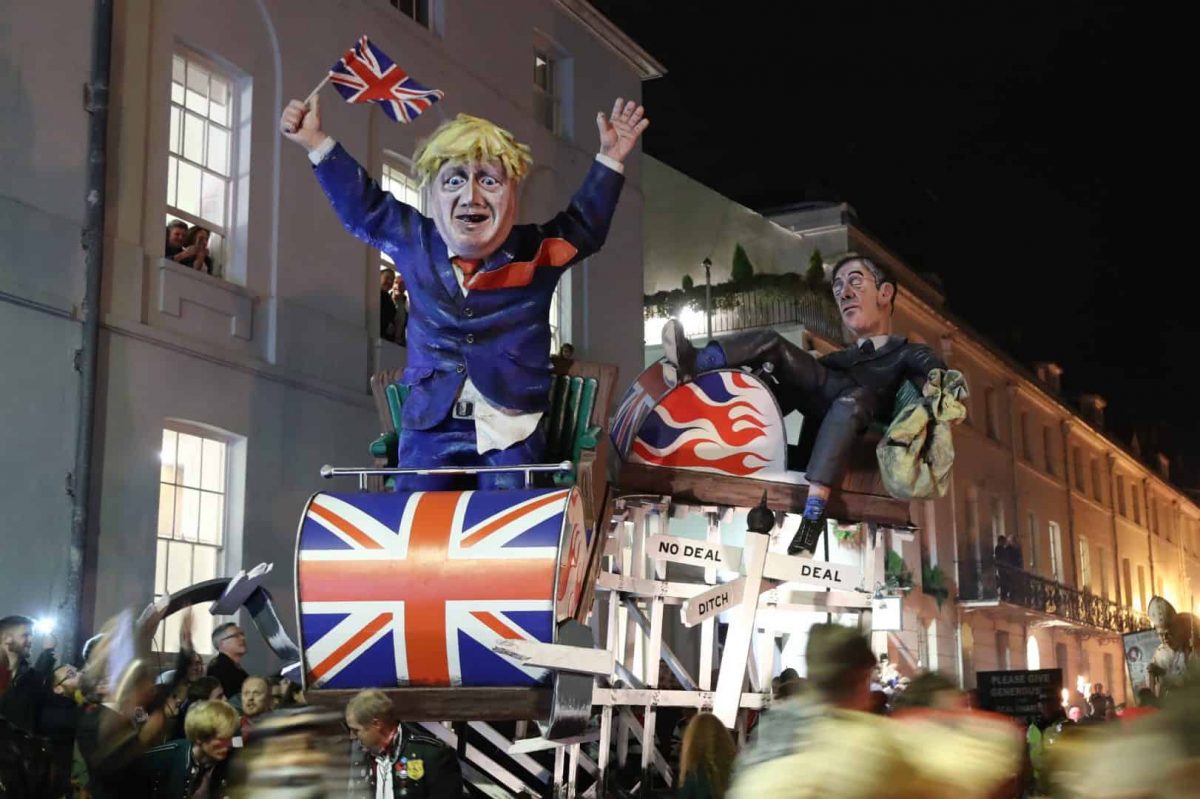 A runaway Brexit rollercoaster featuring a frantic-looking Boris Johnson has been paraded through the streets as part of Bonfire Night festivities.

The giant sculpture depicting the Prime Minister and Jacob Rees-Mogg was carried through Lewes as the town celebrated November 5.

The East Sussex town is famous for burning effigies of controversial politicians and celebrities every year on Bonfire Night.

They are paraded along the narrow streets of Lewes before being burned in front of thousands of onlookers.

This year marks the second in a row that Boris Johnson has featured among the effigies created by the fireworks societies that take part in the festivities.

Last year he was depicted holding an axe and Theresa May’s severed head. The piece was later set on fire to the delight of the chanting crowds.

This year’s rollercoaster creation is complete with broken rails and signpost pointing separately to “deal”, “no-deal” and “ditch”.

Leader of the House of Commons Mr Rees-Mogg is shown lounging on his roller coaster car – likely a tongue-in-cheek tribute to his demeanour during an emergency Brexit debate in September.

In previous years Theresa May and Southern Railway have also been targets in the Sussex town’s famous November 5 celebrations.

Hundreds of people cram into the narrow streets of the Kent town for the world-famous fireworks event, as public figures of the past 12 months meets a fiery end. Last year it was Bercow’s nemesis Boris Johnson.

RELATED: Fireworks in Ruislip as the campaign to unseat Boris kicks off