"I'm delighted you're able to continue to get the benefits of free movement, but because of the actions of your son, my sons can't", former home secretary Jacqui Smith said. 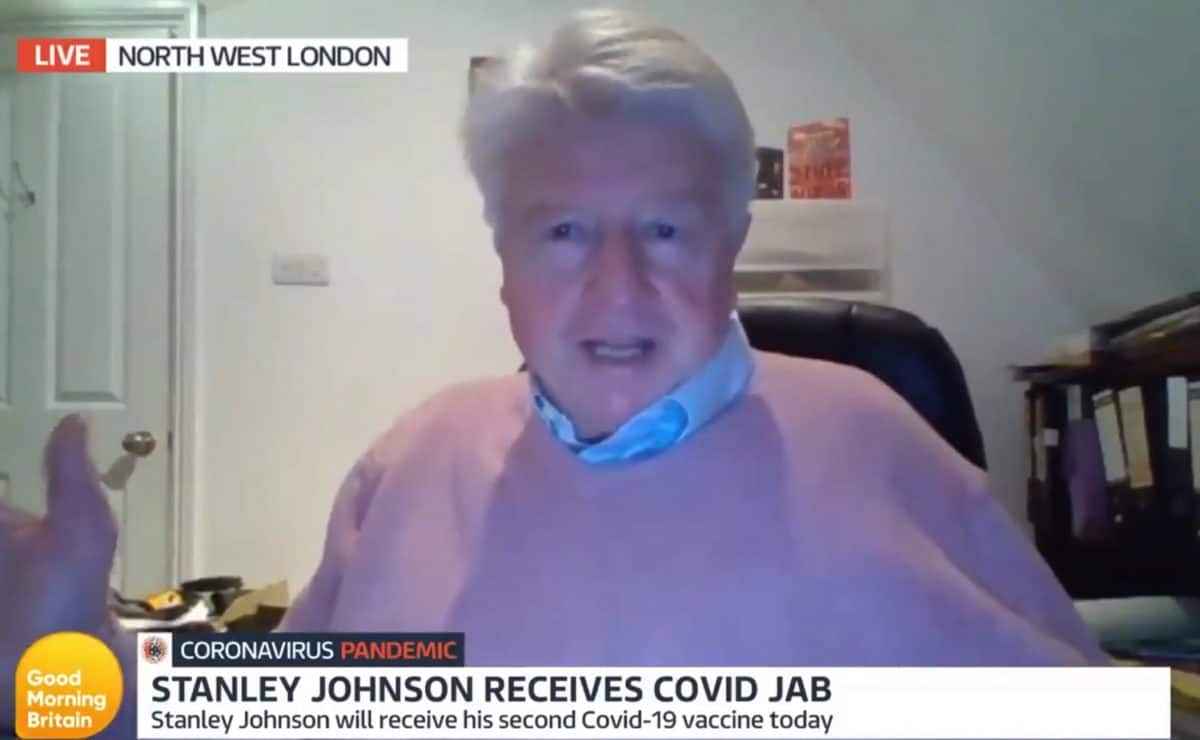 Stanley Johnson found himself embroiled in a free movement spat on Good Morning Britain following revelations that he is applying for a French passport.

The Prime Minister’s father was probed by Ben Shephard and Kate Garraway on his desire for citizenship on the continent following the UK’s departure from the European Union.

“I’m rather pleased with the notion, I like the idea,” he told the GMB panel. “My thought is that at this moment we certainly don’t need to be anti-European.

“This is a little, tiny gesture by me to build the bridge… faire le pont, I think you might say.

“I think (Boris Johnson) should be jolly pleased. His middle name… is after my French grandmother. As a matter of fact I think he’s lived most of his life as an American.

“He’s perfectly aware of this… it’s a nice idea.”

“Listen, I’m delighted Stanley you’re able to continue to get benefits of free movement,” she sarcastically chimed in.

She clarified: “I’m sorry but because of the actions of your son, my sons can’t. Because of your son, our country isn’t in as good as it could be.”

Aye both hated in Scotland

Not a fan of Jacqui Smith but she nails it #DissolveTheUnion pic.twitter.com/fe0E0SgP8W

Later on in the conversation Johnson Snr praised his son’s work as Prime Minister and said Britain was “well placed” to continue its relationship with Europe in the future.

“(Boris) comes in – bang, bang, bang, bang bang, it reminds me a bit of Churchill in May 1940… I would say he is coming through this in fine style,” he said.

“Perhaps in the nick of time, this country did get itself together, did get the vaccine back, and I’m starting to sound like Gavin Williamson now, but we were ahead of other countries here and I think we are in a very good position to come out of this crisis.

“We have to have a good relationship with our former partners… I do think that Britain is well placed to follow that up.”