Sir Jeremy Farrar, director of the Wellcome Trust, left Sage at the end of October, warning the crisis is "a long way from over". 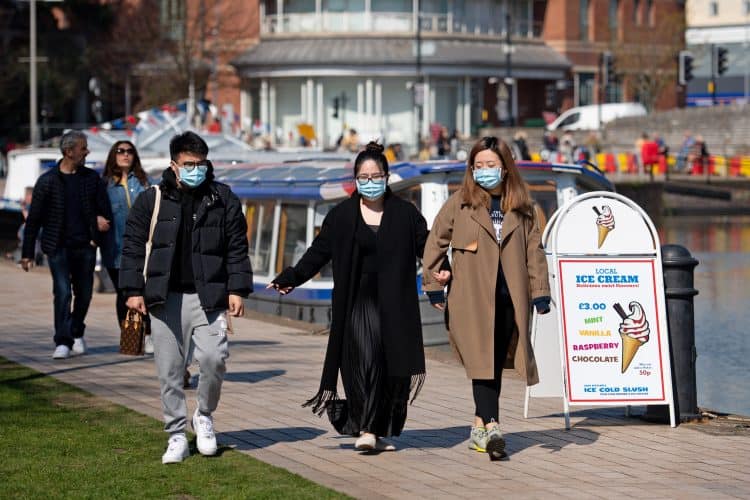 File photo dated 04/04/21 of people wearing protective face masks walking in Stratford-upon-Avon in Warwickshire. Scientists are calling for 3,000 long Covid sufferers of all ages, genders and ethnicities to help them establish a possible genetic link to the virus. Issue date: Wednesday September 1, 2021.

One of the government’s leading scientific advisers on coronavirus has quit – and warned levels of coronavirus transmission across the country are “concerning”.

Sir Jeremy Farrar, director of the Wellcome Trust, left the Scientific Advisory Group for Emergencies (Sage) at the end of October, he confirmed in a statement.

He said that Sage had provided scientific advice to the government often under “huge pressure”. But Labour said the move was a “serious blow that reveals the level of concern about the government’s mishandling of the pandemic”.

Sky News reported that Sir Jeremy was pushing for a “vaccine plus” system whereby mask-wearing, ventilation and continued coronavirus testing would help to get the country through the winter as coronavirus cases remain high.

However, the government has so far rejected calls to take further steps – its so-called Plan B.

A government spokesperson said the data does not yet show that Plan B is necessary and that ministers are continuing to be guided by scientific and medical experts.

While a Government Office for Science spokesperson added: “We can confirm that Sir Jeremy has stood down from the Covid Sage activation, and thank him for his contribution from the very start of the activation.

In a statement, Sir Jeremy stressed that he was stepping down to focus on his work at health research foundation the Wellcome Trust.

But he said: “The Covid-19 crisis is a long way from over, with the global situation deeply troubling.

“The high levels of transmission seen in the UK remain concerning, but I stepped down as a participant of Sage knowing ministers had been provided with most of the key science advice needed over the winter months.

“Throughout this crisis Sage has provided vital evidence, and independent, expert, transparent advice to support the UK response, often under huge pressure.

“It has been an honour to have joined the hundreds of scientists who have contributed, and I thank Patrick Vallance and Chris Whitty for outstanding leadership. I remain, as always, available where I may offer help as a clinical scientist or as director of Wellcome.”

He said: “To lose a heavyweight figure like Sir Jeremy from Sage is a serious blow that reveals the level of concern about the Government’s mishandling of the pandemic.

“While complacent ministers bury their heads in the sand, the vaccination programme continues to stutter and stall, and their failure to fix sick pay or provide ventilation support is allowing the virus to spread.”

It comes as the government said a further 293 people had died within 28 days of testing positive for Covid-19 as of Tuesday, although the total includes data from NHS England which was not provided in time for Monday’s figures.

Separate figures published by the Office for National Statistics show there have been 166,000 deaths registered in the UK where Covid-19 was mentioned on the death certificate.