Sky CEO Dana Strong regularly commuted between Philadelphia and London by private jet, it has emerged. 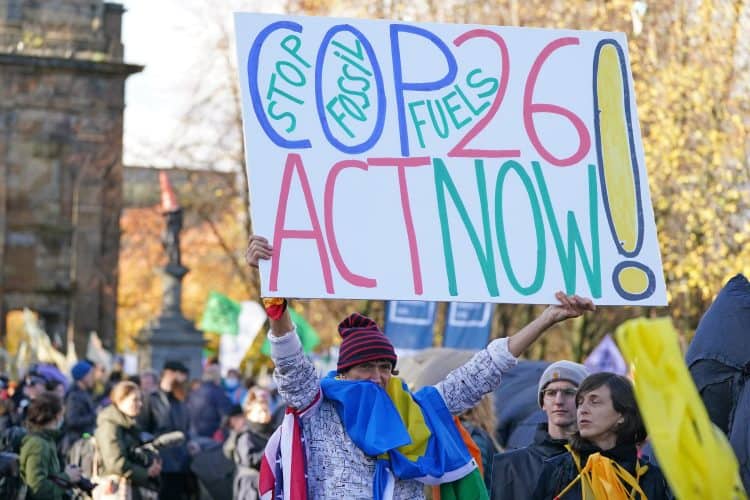 Sky has said broadcasters must lead by example on the climate crisis – despite its chief executive reportedly commuting by private jet from her home in the US.

One of the main sponsors of COP26, Sky has said television dramas should feature more characters fighting climate change – whether by buying electric cars or ordering vegetarian options in restaurants.

But, according to the Telegraph, chief executive Dana Strong – appointed in January – was making regular long-distance trips on a private jet every few weeks from her old base in Philadelphia, before she moved to the UK in June.

Strong lived close to the headquarters of Comcast, Sky’s parent company, which owns a fleet of corporate aircraft. A spokesperson from Sky told the Telegraph: “Many CEOs leading multinational companies have schedules that mean it is appropriate to use different modes of transport.”

They added: “It is critical to counterbalance this, that is why we offset carbon emissions caused by the business travel of Sky employees.”

The broadcaster said it had reduced its carbon footprint by 23 per cent since 2018 – and Strong’s travel arrangements were impacted by the pandemic, as she was unable to move her family to the UK during her first six months in the job.

“During this time she balanced visiting her family when her schedule allowed with running the business,” it said.

In a string on conclusions from Sky’s behavioural insights team unveiled on Monday, Strong suggested a series a tweaks to television output to change the public’s actions.

One of the report’s findings, the Guardian reported, is that “such activities will be perceived as more legitimate if broadcasters are seen to lead by example”.

The news comes as Downing Street hailed “significant momentum” after a series of key announcements at COP26.

After a series of increasingly stark warnings by Boris Johnson about the cost of failure for the future of the planet, No 10 struck a notably more upbeat note on day two of the international gathering in Glasgow.

British officials were particularly encouraged by Indian Prime Minister Narendra Modi’s commitment to slash India’s carbon emissions by 2030, with half its energy set to come from renewable sources.

They also welcomed a declaration by 110 countries – including Brazil – to halt and reverse the process of deforestation.

Meanwhile, scores of countries have signed up to a US-EU initiative to cut methane emissions by 30 per cent by the end of the decade, in what is seen as one of the fastest ways of reducing the levels of greenhouse gases in the atmosphere.

“I think we are starting to see some significant momentum over the past day and a half as we see some real tangible commitments announced,” the spokesman said.

“What is vital is that we continue to use the entire two weeks of COP to push forward to get success at all levels.

“The Prime Minister will remain closely involved in that work over the next two days. A large number of cabinet ministers will be involved as well.”