Lily Cade - who featured prominently in a controversial recent BBC article - called for trans women to be lynched. 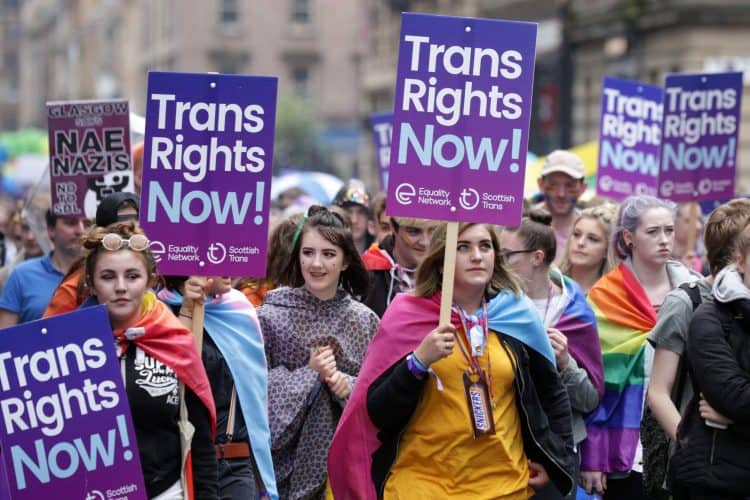 An anti-transgender activist recently quoted in a controversial BBC article advocated for violence against transgender women – and called for them to be lynched.

In a post on her website entitled “Where are these children’s mothers”, Cade described trans women as “vile, weak, disgusting, whiny, fake-victim” – and advocated violence against them.

“Cancel this so hard that no man dare walk the path of the trans woman in public ever again! Enough is enough. Lynch Kaitlyn (Jenner)! Lynch the ‘Sisters’ Wachowski! Lynch Laurel Hubbard! Lynch Fallon Fox!” she wrote.

Cade said that trans women are not really women – and said she would execute “every last one of them personally”.

She wrote: “They can’t take down Lily Cade. She’s already dead. I’m the bullet, b*tch, if you let me be. Who else has the balls, the brains, the voice, and the pitiless eyes to fight these mothers? I’m a f*cking soldier. You ready? I’m ready.”

Cade also called for trans women to die by suicide, compared them to Satan and suggested gay marriage was a mistake.

The BBC has faced a significant backlash since publishing its article on 26 October, which has been accused by many of being transphobic.

The article is based primarily on the experiences of anonymous lesbians who claim they have been threatened into having sex with transgender women.

The article also included a social media survey of 80 lesbians, of which 56 per cent said they had been pressured or coerced to accept a trans woman as a sexual partner.

The article – which cited a number of gender critical groups – was condemned by Trans Media Watch, a pro-transgender watchdog group.

“Either the BBC have failed to do due diligence on this story – or the team producing this story have knowingly colluded in a disinformation campaign targeted at trans people … Irresponsible reporting like this is dangerous. It significantly and adversely impacts trans people’s day-to-day lives,” they wrote.

Defending the article, the BBC told LGBTQ outlet Pink News that the topic is a “complex subject”.

A spokesperson said: “It is important that journalism looks at issues – even where there are strongly held positions. The BBC is here to ensure debate and to make sure a wide range of voices are heard.”

The broadcaster said in a statement the article, which had the headline We’re being pressured into sex by some trans women, had prompted “many complaints” and had been branded “transphobic and poorly evidenced”.

The piece, published last week, questioned whether a lesbian is “transphobic if she does not want to have sex with trans women”.