“He’s treating people like peasants. Energy prices are going up, people are struggling, the cost of living is on the rise and what’s their solution? Eat for 30p?" 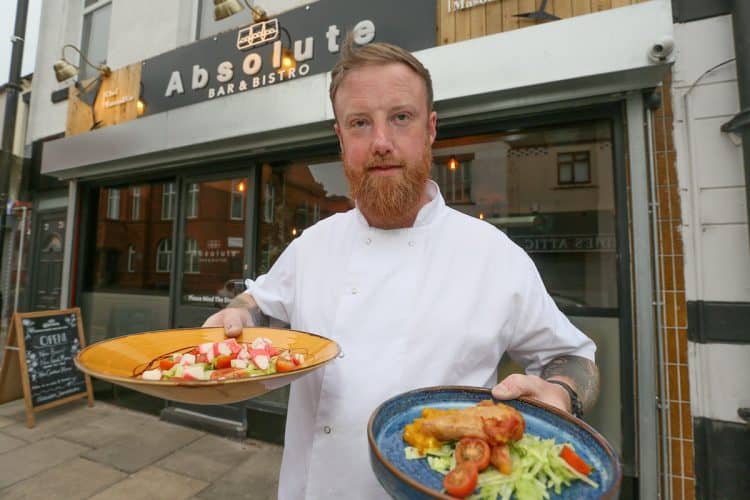 A top chef has slammed an MP who claimed people can cook a nutritious meal for 30p – and created paltry portions to show exactly what the meagre budget can stretch to.

Lee Anderson, Conservative MP for Ashfield, said in the House of Commons last Wednesday that meals could be cooked for as little as 30p a day.

The Tory backbencher suggested struggling Brits are only using food banks because they ‘can’t budget’ and ‘can’t cook a meal from scratch.

He doubled down in the face of criticism by sharing a video from last November when a team of chefs cooked 170 from a £50 shopping list in an industrial kitchen.

But chef Gareth Mason, 34, said his ‘tone deaf’ comments were ‘insulting’ to the public who were facing the worst cost of living crisis in living memory.

And he set about proving Mr Anderson wrong by cooking seven every day meals that cost 30p.

He said: “I’ve come to the conclusion it’s a load of rubbish. These meals I’ve done, as soon as you put any protein or dairy into them, it’s not feasible to do it for 30p.

“If you eat beans on toast for every meal, it might work, but even if you did cheese on toast, the cost of cheese would be more than 30p on its own.

“And you have the cooking coast on top of the cost of the food.

“Even if this MP is talking about batch cooking army food, even the smallest amount of spaghetti Bolognese is going to go above 30p.”

Gareth, who has 19 years’ experience, said he said none of the meals were balanced and he had to exclude things such as increasingly expensive butter.

He said an adult would struggle to get the recommended daily allowance of 2000 calories per day and most ingredients were high in salt, fat or sugar.

Mr Anderson, who earns £84,144 a year as an MP, was accused of being “out of touch” when he made his comments in the commons last week.

He urged Labour MPs to ‘come to Ashfield and work with me for a day in my food bank and see the brilliant scheme we have got’.

He told Parliament: “What we do in the food bank, we show them how to cook cheap and nutritious meals on a budget,’ he added.

“We can make a meal for about 30 pence a day. And this is cooking from scratch.”

His comments sparked uproar but he defended himself by saying he was trying to “educate people” to make their lives “a little easier”.

And he pointed to a cooking challenge at his local food bank in conjunction with the college and a local chef to feed a family of five for £50 a week.

However Gareth, head chef at Absolute Bistros in Westhoughton, Lancs., questioned where the average person was supposed to find the kitchen or storage space.

He added: “Has this guy ever eaten a 30p meal in his life? I doubt it.

“He’s contradicted himself by having chefs cook the food in a big kitchen with an industrial oven.

“Where does he expect the average person to cook all this food and then freeze it all?

“It takes a trained and experienced chef to work out the precise cost of a meal to the penny like that, how is the average person supposed to do that?”

Gareth previously created 15 days worth of lunches for a child for just £20 with every meal under a pound to the paltry hampers given to kids during lockdown to shame.

But he believes 30p is far too low a budget for a healthy, nutritious meal that the average adult would need to function throughout the day

Gareth added: “You could just about feed yourself, but it’s not going to be healthy or nutritious or get anywhere near the amount of calories an average adult needs to function each day.

“He’s treating people like peasants. Energy prices are going up, people are struggling, the cost of living is on the rise and what’s their solution? Eat for 30p?

“The cheaper you go, how much rubbish is in the food? It will be full of additives and preservatives and all sorts of junk.

“It’s not fresh, nutritious food that people need to have a healthy diet.”