"Johnson is working through his bucket list. Dread to think what is coming next." 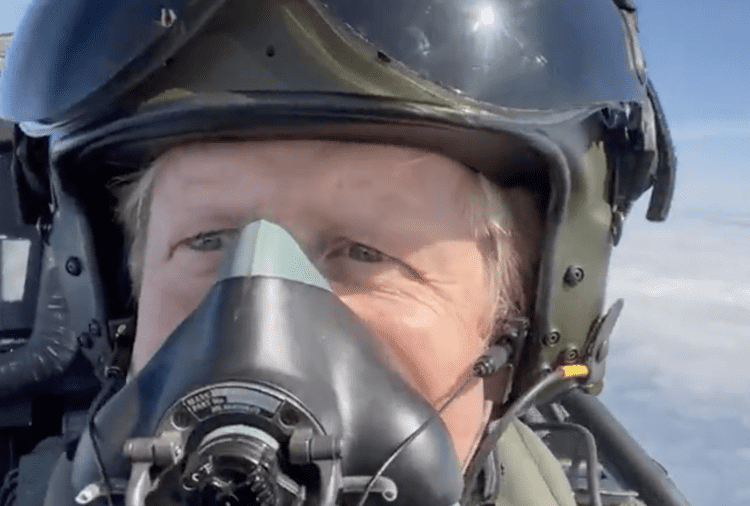 Boris Johnson is facing allegations of having already “checked out” and “clocked off” as Prime Minister after he hosted an exclusive party and took a spin in a fighter jet ahead of the extreme heatwave.

Labour criticised Mr Johnson for being absent from Cobra emergency meetings as the UK prepared for the first ever red extreme heat warning.

Downing Street insisted it was “not unusual” for Cabinet ministers to lead such meetings and that MR Johnson’s’s Typhoon flight was “important” to understand the RAF’s capabilities.

The Prime Minister, who is remaining in No 10 until September, told an audience at the Farnborough International Airshow on Monday that he was then given the controls.

Mr Johnson said they then “started to pull a few Gs” before he apparently lost consciousness and entered a dream about wind farms “harvesting the drained prairies of the North Sea”.

“This reverie must have gone on for quite a while because then my colleague said ‘I’m taking back control now’, and we headed happily home,” he continued.

Flights have been suspended at Luton Airport after today’s heatwave led to a runway defect.

‘Following today’s high temperatures, a surface defect was identified on the runway,’ Luton Airport said in a statement.

The UK’s troops are also believed to be effectively grounded after military officials said the runway at the country’s largest air base ‘melted’.

The RAF has halted all flights in or out of Brize Norton in Oxfordshire on Monday, according to sources cited by Sky News.

A lot of other people were fuming that he was playing toy soldiers when the country is literally melting: