Robinson - real name Stephen Yaxley-Lennon denied he had been attacked in prison, and claimed he was kept in solitary confinement. 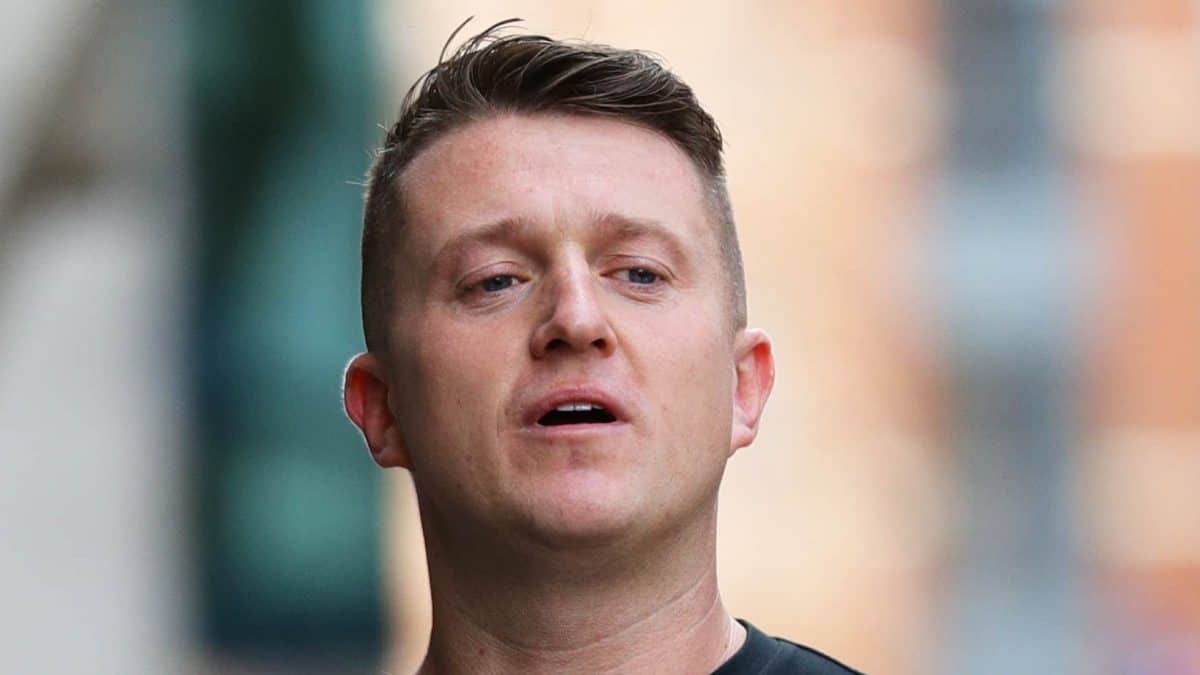 Tommy Robinson has been released from jail two months after being given a nine-month sentence for contempt of court.

The founder of the English Defence League had a beard and uncut hair as he spoke to supporters and the media outside Belmarsh prison in south-east London on Friday morning.

He denied he had been attacked in prison, and claimed he was kept in solitary confinement.

Robinson, real name Stephen Yaxley-Lennon, said: “I have walked into Belmarsh prison and walked back out without seeing another prisoner.

“They would have (killed me).”

He said he had been sent 14 sacks of mail from supporters while in prison.

Robinson was locked up in July for live-streaming on Facebook a video which featured defendants in a sexual exploitation trial and put the case at risk of collapse.

The suspended committal order was activated in full. Total penalty was therefore was nine months — 39 weeks.

The former English Defence League (EDL) founder, whose real name is Stephen Yaxley-Lennon, had already served 10 weeks when he was jailed: 138 days.

Reasons for the Robinson Judgement

Giving reasons for the decision on Tuesday, Dame Victoria said Robinson encouraged “vigilante action” in the video, which lasted an hour-and-a-half and was viewed online 250,000 times on the morning of the broadcast.

They concluded that he was in contempt by breaching the reporting restriction imposed on the trial, by live-streaming the video from outside the public entrance to the court, and by “aggressively confronting and filming” some of the defendants.

“He has lied about a number of matters and sought to portray himself as the victim of unfairness and oppression.”

The judge said the words he used in the video would have been understood by viewers as “an incitement” to harass the defendants and “gave rise to a real risk the course of justice would be seriously impeded”.

The full judgement can be found here.

In an appearance on the far-right conspiracy theory website InfoWars on Monday, Robinson asked US President Donald Trump to grant him asylum in America, claiming he faced being killed in prison if he was jailed on Thursday.

And then seemed to contradict the plea, with another plea for cash donations from his supporters, in a video filmed ahead of his sentencing. Robinson claimed at the time: “I genuinely believe that the best thing they can do for our cause is send me to jail.”