"First Katie Hopkins is deported from Australia, then Tommy Robinson has to pay £100K libel costs....next up: Jacob Rees Mogg gets fired into a giant custard pie,' wrote one jubilant Twitter user. 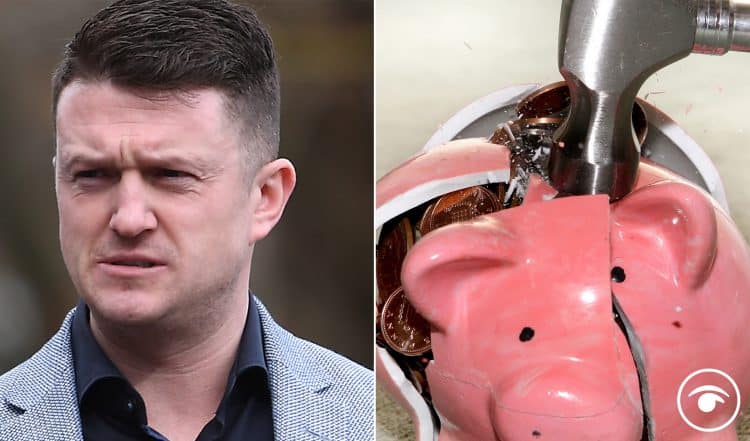 There were few tears shed at The London Economic when Tommy Robinson was ordered to pay £100,000 to a Syrian schoolboy who was filmed being attacked at school, after the English Defence League founder lost a libel case.

Robinson – whose real name is Stephen Yaxley-Lennon – was sued by Jamal Hijazi, 18, who was assaulted in the playground at Almondbury Community School in Huddersfield in October 2018.

Shortly after the video of the incident went viral, Robinson claimed in two Facebook videos that Mr Hijazi was “not innocent and he violently attacks young English girls in his school”.

In the clips, viewed by nearly a million people, 38-year-old Robinson also claimed Mr Hijazi “beat a girl black and blue” and “threatened to stab” another boy at his school, allegations which were rejected as false by Mr Justice Nicklin in a judgment on Thursday.

The judge ruled in Mr Hijazi’s favour and granted him £100,000 in damages, as well as ordering Robinson to pay costs which the PA news agency understands to be more than £500,000.

Mr Justice Nicklin said Robinson caused Hijazi to become “the target of abuse which ultimately led to him and his family having to leave their home, and the claimant to have to abandon his education.

“The defendant is responsible for this harm, some of the scars of which, particularly the impact on the claimant’s education, are likely last for many years, if not a lifetime.”

He added that Robinson used language “calculated to inflame the situation”.

“The defendant’s contribution to this media frenzy was a deliberate effort to portray the claimant as being, far from an innocent victim, but in fact a violent aggressor,” he added.

Jamal Hijazi’s lawyer, Francesca Flood, added: “It took great courage for our client, Jamal Hijazi, to pursue his libel action against such a prominent far-right and anti-Islam activist as Stephen Yaxley-Lennon, better known as Tommy Robinson.

“We are delighted that Jamal has been entirely vindicated.

“Jamal and his family now wish to put this matter behind them in order that they can get on with their lives.

“They do, however, wish to extend their gratitude to the great British public for their support and generosity, without which this legal action would not have been possible.”

Responding to the verdict, a lot of people were in a celebratory mood.

Words have consequences
Don’t they Mr Yaxley-Lennon?
100,000 of them https://t.co/SqPfiCkFUo