Three-quarters of those taking part in a Home Office survey disagreed with Patel's immigration plans. 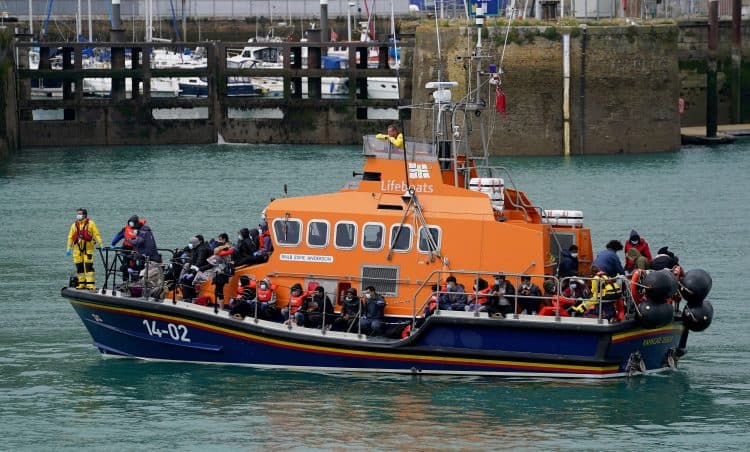 The majority of people who took part in the government’s consultation on sweeping asylum reforms opposed “many of the policies”, the Home Office has admitted.

Around three-quarters of those who took part in the survey on Home Secretary Priti Patel’s new plan for immigration disagreed with a lot of the ideas.

But the process showed there is “some support for these broad ambitions, more so from members of the public”, according to her department.

Patel’s pledge for a “fair but firm” system, brought forward earlier this month under the government’s Nationality and Borders Bill, intends to make it a criminal offence to knowingly arrive in the UK without permission, with tougher sentences for those found doing so and for people smugglers.

‘Abuse of the system’

Dubbed the anti-refugee bill by campaigners critical of the plans, the proposed laws could see Border Force officers given powers to turn back migrants at sea.

It also contains provisions to set up offshore processing centres which could see asylum seekers sent away from the UK while their claims are determined, giving rise to reports of plans to share a site with Denmark in Rwanda and reviving speculation over suggestions Ascension Island could be sought as another destination.

The Home Office insists the changes will “prioritise those most in need of protection while stopping the abuse of the system”.

A document detailing the government’s response to the findings of the survey, published on Thursday, said the process was “extensive and wide-reaching”. Some critics had previously claimed it was “sham” consultation.

“The consultation has shown that there is some support for these broad ambitions, more so from members of the public. However, the responses sent into the government consultation also show that around three quarters of those who responded said they opposed many of the policies set out in the New Plan for Immigration. A similar view was also taken by those with direct experience of the asylum system,” the document said.

The government “recognises that building a system that is fair but firm will require tough decisions, some of which may be unpopular with certain individuals and/or groups” and had “listened to the concerns raised.”

“However, the pressures of the current system cannot be ignored, requiring urgent and decisive action”, it added.

The government “will continue to listen, engage and work with stakeholders as it overhauls the current system”, the document promised.

Some points raised in the consultation will “require closer consideration as part of any further policy implementation and operational planning”, it said, including:

– A “general lack of detail and explanation of the policies, and an evidence base for these”,

– The “fairness’ elements of the new plan “not being sufficient or balanced”, when set against the “firm” elements.

– The potential for the plan to “contribute to greater inefficiencies in the system.”

– There was also a need to “mitigate against any potential unintended consequences” and “adjust safeguards and protections in the system to support those who may be vulnerable”.

The Home Office stressed the responses “cannot be viewed as being representative of all stakeholders and the public population as a whole”, adding: “Instead, the consultation and its findings represent the opinions of those who have chosen to respond.”

The results were “carefully considered before relevant policy decisions were finalised and ahead of the introduction of the Nationality and Borders Bill in Parliament”, it added.