John Simpson was sharing an anecdote about a moment in Beirut when he was held in what Richard described as a “mock execution”. 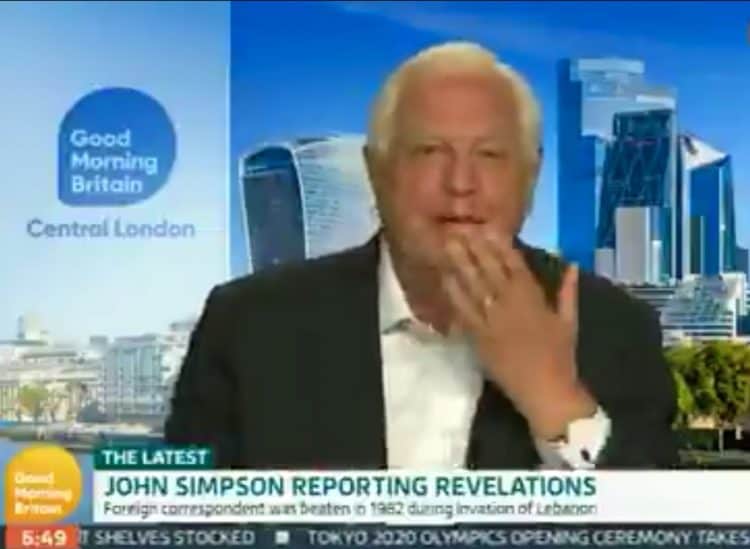 It hadn’t even turned seven o’clock when Richard and Kate sat down to talk to the BBC’s foreign correspondent about his new book which reflects on his lengthy career.

At one point, John shared an anecdote with the hosts about a moment in Beirut when he was held in what Richard described as a “mock execution”.

“[That section of the book] was me in Beirut some years ago, I was made to kneel down and a guy stuck a gun in the back of my neck, pulled the trigger and, you know, I thought my last moment had come,” he recalled.

“And then everybody laughed. And I got up and I brushed off my knees, and I thought, ‘I’ve got to reassert myself here’. So I said to the guy… ‘do you know what? You’re a real wanker’.”

Immediately realising his blunder, John held his hand to his mouth, while a stunned Richard laughed it off.

“You’re also in trouble now for saying that on breakfast television!” Kate joked, adding: “We won’t give you a mock execution, you’re OK, John. You’re OK. I think people will understand.”

Not John Simpson yelling 'wanker' before 7am on GMB pic.twitter.com/D7GcJNWJTg