“It is very likely you will be receiving a significant custodial sentence for these matters.” 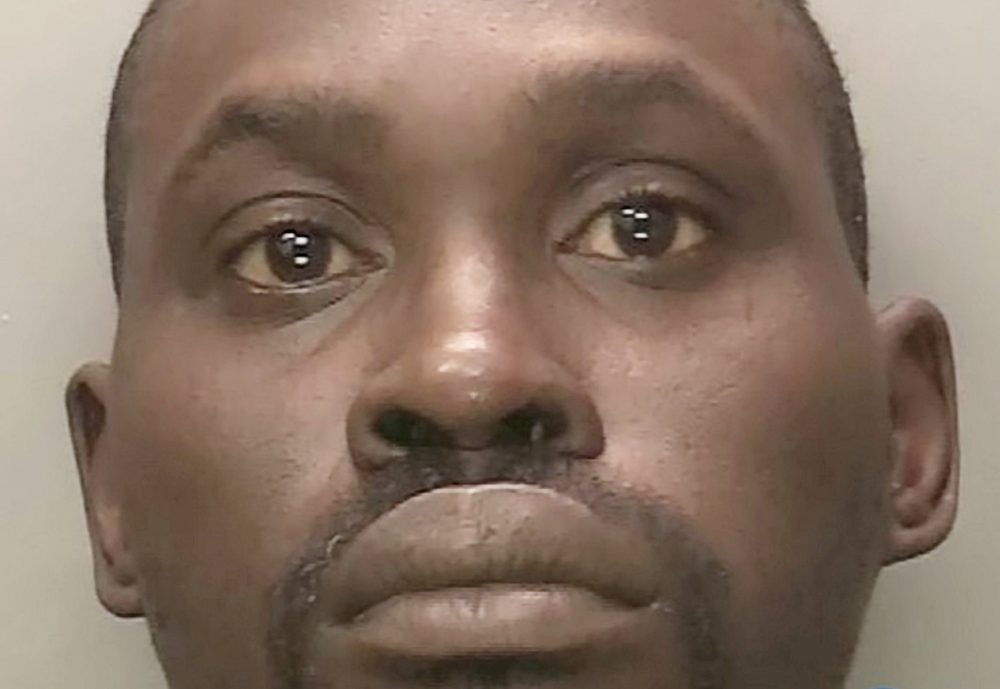 A Covidiot thug is facing a “significant” prison sentence for spitting blood in a female police officer’s eye.

Temisan Oritsejafor, 41, launched the vile attack on PC Napier who was arresting him after he assaulted his neighbour.

Police were called to his flat in Wyken, Coventry, on April 18 after Oritsejafor became abusive towards neighbour Alison Osborne.

During the row, Oritsejafor suffered a bloody nose and while he was being arrested he spat in PC Napier’s face.

A court heard Oritsejafor was on bail at the time for a previous assault on a police officer.

Judge Andrew Lockhart QC said: “He is charged with two assaults on emergency workers, one of them while on bail.

“He must understand the sentence will be one of significant custody.

“I will be minded to pass deterrent sentences, and the sentence for the second matter is likely to be consecutive.”

Oritsejafor, who was appearing via a video link from the prison, told the judge: “I didn’t mean to spit in her face.”

But the judge told him: “It is very likely you will be receiving a significant custodial sentence for these matters.”

Prosecutor Mark Phillips said: “A male officer who believed he was being aggressive took him to the floor, and was assisted by a female colleague, PC Napier, to restrain
him.

“As they’re getting him up, he spits into the officer’s face.

“That is spit and blood, because he had had a bleeding nose earlier, and it catches her straight in the eye.”

Playing a CCTV recording of the incident, Mr Phillips added: “She is clearly upset, and she’s very shaken indeed.”

Justin Jarmola, defending, said: “There clearly had been an altercation between my client and the neighbour.

“When the officers speak to him he says ‘you’re not coming in, I’ll come out’ – and he is then taken to the floor.”

“My instructing solicitor was told at the police station that he suffers from schizophrenia and is bipolar.”

Oritsejafor was remanded in custody and will sentenced at a later date.