England open their Group D campaign against Croatia at Wembley with 22,500 fans in attendance. 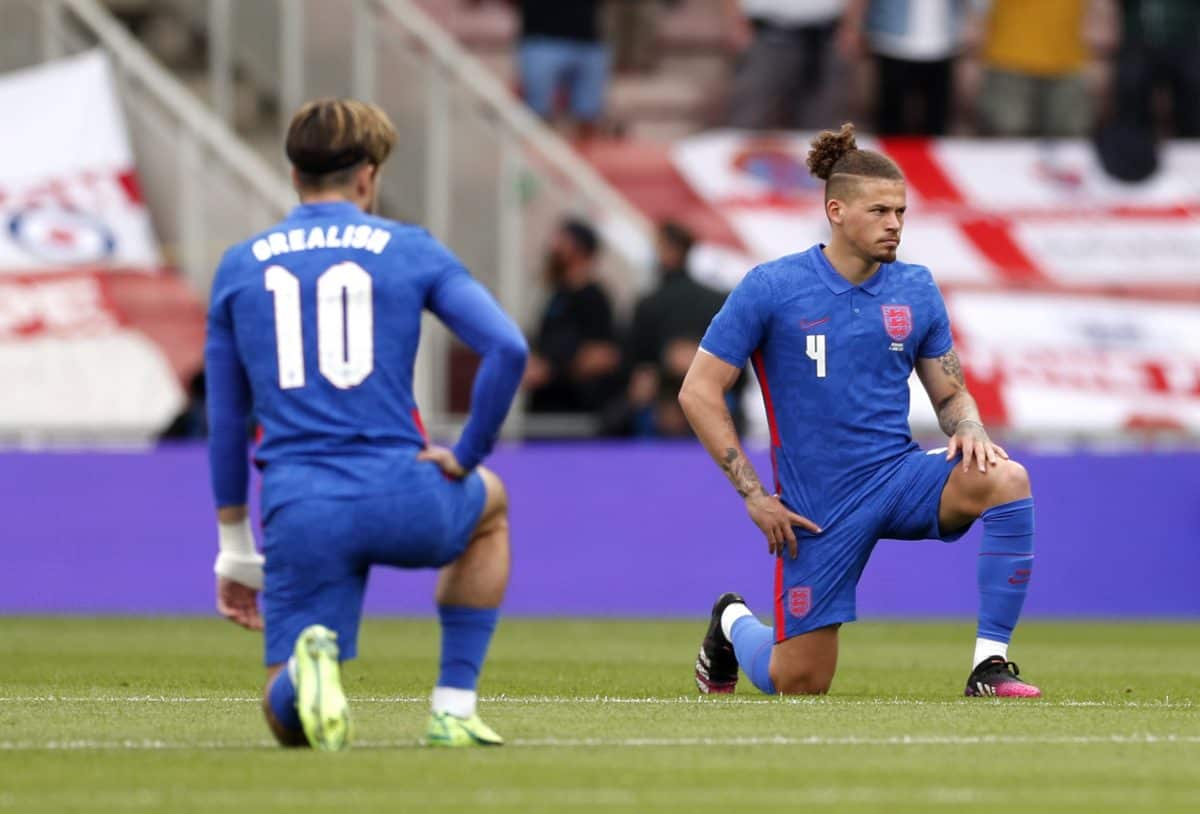 Almost half of football fans in England support the England team taking the knee at Euro 2020, but a worrying three in ten would back fans choosing to boo the gesture.

The Football Association this weekend called on England fans to “respect the wishes” of the decision of the players to take the knee ahead of their matches at the European Championship.

The Three Lions open their Group D campaign against Croatia at Wembley on Sunday, where 22,500 fans are anticipated to watch on from the stands.

England’s players have been taking the knee ahead of kick-off in recent months as a gesture against racism and inequality.

But the stance was jeered by a minority of fans in both of England’s Euro 2020 warm-up games at Middlesbrough’s Riverside Stadium – the first occasions the knee had been taken with supporters in attendance.

England boss Gareth Southgate and prime minister Boris Johnson have both called on spectators not to jeer the knee as the squad insist they will continue to do so no matter what the reaction.

Now the FA has underlined its stance and asked those with plans to boo the gesture to “reflect” on the image it would project and distanced the move from any political movement.

“Tomorrow, our England senior men’s team will begin their EURO 2020 campaign at our home, Wembley Stadium,” a statement read on the eve of the Croatia game.

“Major tournaments don’t come around often and when they do, it’s an opportunity to unite friends, families and the country.

“This collective support is what spurs our team on during challenging moments and it gives them the best chance of succeeding.

“As the team has reiterated many times, they will collectively take the knee ahead of their fixtures during the tournament.

“They are doing this as a mechanism of peacefully protesting against discrimination, injustice and inequality. This is personally important to the players and the values the team collectively represents.

“This gesture of unity and fighting against inequality can be traced back as far as the 18th century. It is not new, and English football has made it very clear that it does not view this as being aligned to a political organisation or ideology.

“There can be no doubt as to why the players are taking the knee and what it represents in a footballing context.

“We encourage those that oppose this action to reflect on the message you are sending to the players you are supporting.

“Please respect their wishes and remember that we should all be united in the fight to tackle discrimination. Together.

“They will do their best for you. Please do your best for them.”

However, three in ten football fans in England would support fans choosing to boo the team for taking the knee at the Euros.

Research director Keiran Pedley said of the findings: “In general, football fans in England are much more likely to support the England team taking the knee at the Euros than oppose.

“There is a significant minority that do oppose, in fact 3 in 10 football fans support those that boo the team for kneeling.

“That being said, many more fans oppose the booing and express feelings of shame, embarrassment and discomfort in response. Strikingly, almost half of football fans in England think the booing will negatively impact the fight against racism in football, posing the question of what the long-term implications of such events might be for the game.”