In Britain, a violent, far-right street movement has emerged, mobilising the biggest numbers in decades. It is receiving political and financial support from Donald Trump’s former chief of staff Steve Bannon and far-right figures across Europe. 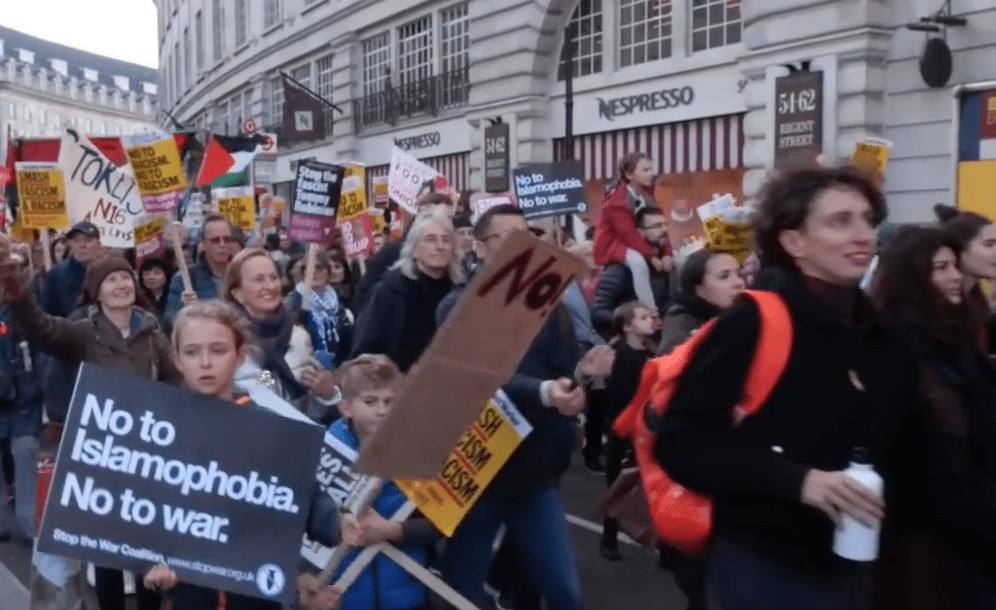 Tens of thousands marched across London today for Anti-Racism Day to stand up against racism, fascism, division and the rise of the far right.

The timely #November17Unity march began at the BBC in Portland Place (where any large demonstration hoping to reported now starts) to Whitehall.

The National Unity Demonstration Against Racism and Fascism was addressed by Len McCluskey General Secretary of the TUC who gave a rousing speech, saying divisive movements such as the Football Lads Alliance should “get the fuck off our terraces”.

With hate crime spiking and the far-right and neo-nazis emboldened around the world, 60 MPs, faith and community leaders and anti-racism campaigners wrote an open letter to the Guardian explaining why today’s march was important.

Their letter explained: “The election of Jair Bolsonaro marks an extremely serious point in the rise of the global far right. It came a day after the shocking antisemitic attack on the Tree of Life Synagogue, Pittsburgh, in which 11 people were killed.

“Notorious for his attacks on women, black and LGBT+ people, Bolsonaro declared that “leftists will have to leave the country or go to jail”. He said “these red outlaws will be banished from the homeland”, and declared refugees “the scum of the earth”.

“The alt-right is supporting far-right groups in Europe, North America and Latin America, including support for Bolsonaro in Brazil. In Britain, a violent, far-right street movement has emerged, mobilising the biggest numbers in decades. It is receiving political and financial support from Donald Trump’s former chief of staff Steve Bannon and far-right figures across Europe.

“The impact of neoliberalism and austerity, and cuts on our working-class communities, has driven the growth of the far right. Racism and fascism are a threat to us all.

We are the many. They are the few. We can drive back this movement.”