The second instalment in J.K. Rowling’s five part Fantastic Beasts story sees director David Yates at the helm once again, in this well acted if ultimately lacklustre sequel to its critically acclaimed 2016 predecessor, which saw a welcome return to the magical Harry Potter universe. Set a year on from its predecessor, The Crimes Of Grindelwald opens in late 20s New York, […] 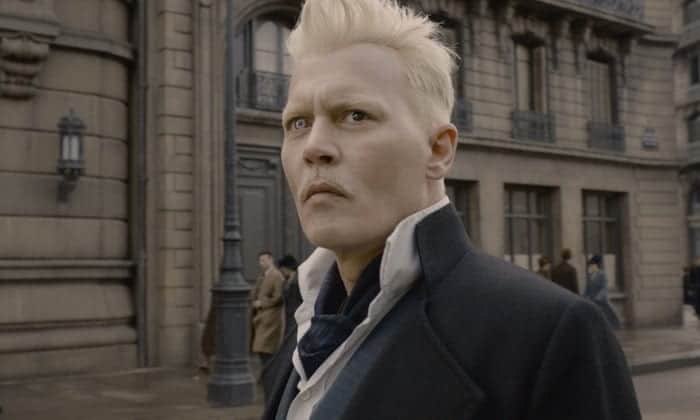 The second instalment in J.K. Rowling’s five part Fantastic Beasts story sees director David Yates at the helm once again, in this well acted if ultimately lacklustre sequel to its critically acclaimed 2016 predecessor, which saw a welcome return to the magical Harry Potter universe.

Set a year on from its predecessor, The Crimes Of Grindelwald opens in late 20s New York, where evil wizard Grindelwald has been languishing in an American Ministry of Magic prison, awaiting his trial. When he uses his dark arts to escape, Grindelwald makes his way to Paris, where he hopes to raise an army of followers and start an almighty war that could end all wars.

When we meet Newt Scamander (Eddie Redmayne) again, the shy young wizard is still banned by the Ministry of Magic from traveling abroad after the chaos caused by his last excursion to New York. When put forward for a job at the Ministry by his brother Theseus (Callum Turner) which could see him regain his rights and attempt to get to the bottom of Grindelwald whereabouts, Newt decides to stay put and refuses to take sides in the matter.

With some very dark moments, and other moments of total confusion and complicated family tree shenanigans, The Crimes of Grindelwald seems rather disjointed and slightly unsure of what it wants to do with the story. Building exposition over exposition for the first hour or so, sadly the film never quite gets going until the very last section of the film, which is almost as good as any of Yates’ early Harry Potter offerings.

Tonally, The Crimes of Grindelwald fails to capitalise on what made its predecessor so likeable, which means that even the lighthearted aspects of the story wind up feeling rather forced and, at times, a little too confusing to follow. The problem essentially lies in the fact the script is overpopulated with characters nobody cares about.  Furthermore, Rowling, whose first Fantastic Beasts script was near perfect, here struggles to decide which characters matter to her the most, making the whole dynamic of the narrative feel rather fragmented and aimless.

Surprisingly, and for all the controversy surrounding it, Johnny Depp’s casting in the Grindelwald role turned out to be a rather inspired endeavour. The actor delivers the goods from the get go in a mildly amusing (deliberately or otherwise) scenery-chewing performance that is almost reminiscent of his early Tim Burton work.

For his part, Eddie Redmayne does a great job in his reprising the Newt Scamander character whom he plays as a slightly awkward and introspective loner who will eventually learn to take sides when it matters the most. Elsewhere, the seemingly unstoppable Zoë Kravitz gives a measured and assured performance as Leta Lestrange, while Ezra Miller impresses as the mysterious Credence Barebone.

All in all,  Fantastic Beasts: The Crimes Of Grindelwald is a mixed bag of good solid performances and a rather muddled and needlessly confusing narrative which seems unsure where it wants to take the story.