A new poll shows that Republican voters still see the scandal-mired former president as their best bet at winning back the White House in 2024. 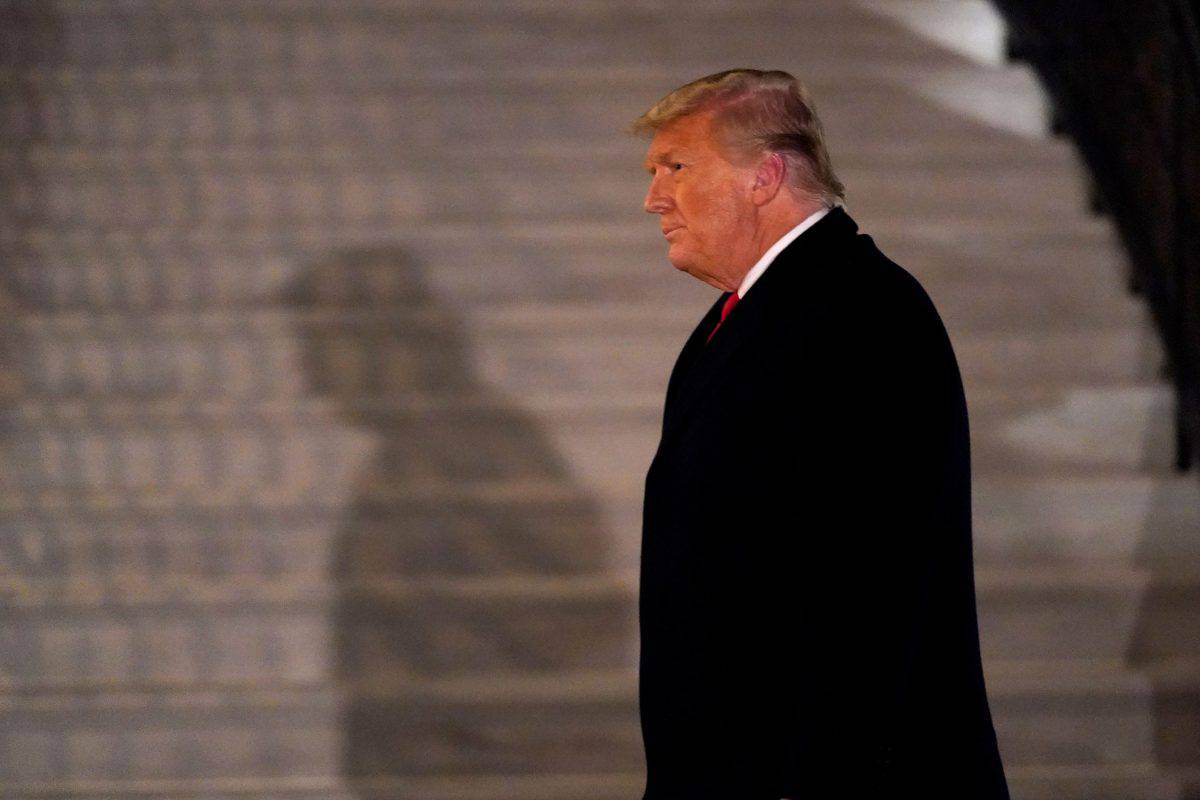 Thought we’d seen the end of Donald Trump? Not so fast.

A new poll, conducted in the days after his Senate acquittal, shows that Republican voters still see the scandal-mired former president as the face of their party – and their best bet at winning back the White House in 2024.

The poll – conducted by POLITICO/Morning Consult – reveals that 59 per cent of Republican voters want Trump to play a major role in their party going forward, an 18 per cent spike from a poll taken the day after the storming of the Capitol on 6 January.

While Trump’s overall approval in the US is a dire 34 per cent, 81 per cent of Republican respondents gave him positive marks.

Most tellingly, a whopping 53 per cent of those surveyed said they would vote for Trump in the 2024 Republican primary if it was held today. He is far ahead of any competitor – with Mike Pence, his estranged former deputy, the second-favourite at 12 per cent.

Despite avoiding impeachment, Trump is not yet out of the woods – and may still face retribution over his alleged role in inciting the Capitol riot.

Now a private citizen, Trump is stripped of his protection from legal liability that the presidency gave him. That change in status is something that even Republicans who voted on Saturday to acquit him of inciting the 6 January attack are stressing as they urge Americans to move on from impeachment.

“President Trump is still liable for everything he did while he was in office, as an ordinary citizen, unless the statute of limitations has run,” Republican Senate minority leader Mitch McConnell said after that vote.

He insisted the courts were a more appropriate venue to hold Trump accountable than a Senate trial. “He didn’t get away with anything yet,” McConnell said. “Yet.”

The insurrection at the Capitol, in which five people died, is just one of the legal cases shadowing Trump in the months after he was voted out of office.

He also faces legal exposure in Georgia over an alleged pressure campaign on state election officials, and in Manhattan over hush-money payments and business deals.

But Trump’s culpability under the law for inciting the riot is by no means clear-cut.

The standard is high under court decisions reaching back 50 years. Trump could also be sued by victims, though he has some constitutional protections, including if he acted while carrying out the duties of president. Those cases would come down to his intent.

Legal scholars say a proper criminal investigation takes time, and there are at least five years on the statute of limitations to bring a federal case. New evidence is emerging every day.

The legal issue is whether Trump or any of the speakers at the rally near the White House that preceded the assault on the Capitol incited violence and whether they knew their words would have that effect.

Trump urged the crowd on 6 January to march on the Capitol, where Congress was meeting to affirm Joe Biden’s presidential election, and said: “You’ll never take our country back with weakness.”

He even promised to go with his supporters, though he ultimately did not. He also had spent weeks agitating supporters through his increasingly combative language and false election claims urging them to “stop the steal”.