Thought chlorinated chicken was bad? Fukushima food to be imported as restrictions get lifted

Boris Johnson munched on ‘Fukushima popcorn’ as he met with Fumio Kishida, the Japanese prime minister. 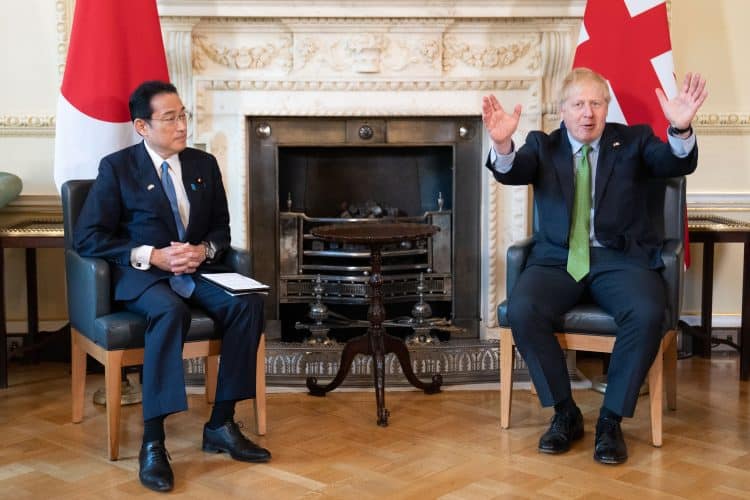 Those worried about imported chlorinated chicken from America might want to re-think their priorities after Boris Johnson struck a nuclear agreement with the Japanese prime minister, Fumio Kishida.

From now on, fish and vegetables grown near the old Fukushima nuclear plant in Japan can be freely sold in Britain after the Food Standards Agency (FSA) scrapped a rule on radioactivity levels in produce.

The agency reviewed controls ahead of the Japanese PM’s meeting with Johnson, with the pair sharing some ‘Fukushima popcorn’ to mark the lifting of all of the remaining restrictions.

The FSA said: “Our risk assessment shows that removing the 100 becquerels per kilogram (Bq/kg) maximum level of radiocaesium for food imported from Japan to the UK would result in a negligible increase in dose and any associated risk to UK consumers.

“Without specific import controls, the emphasis would fall on food businesses to ensure food is safe under General Food Law. However, we would not recommend businesses need to take any precautions beyond their normal due diligence.”

Tesco and Waitrose said they had no immediate plans to introduce the items in store. They are already available in limited quantities at some specialist Japanese grocers.

Downing Street said that the Prime Minister “was pleased Great Britain would soon lift the remaining restrictions on Fukushima”.