It comes a year after similar action in Kenmure Street in Glasgow which successfully stopped the deportation of Sumit Sehdev and Lakhvir Singh. 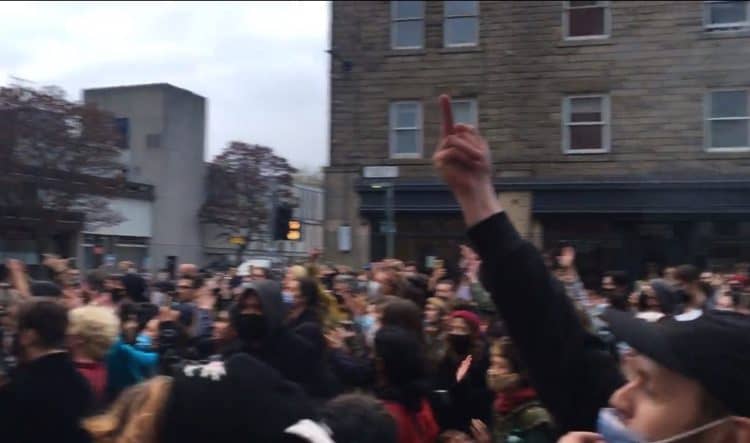 An immigration raid at an Edinburgh restaurant was scuppered after anti-racism protesters blocked Home Office vans with large bins.

Over 200 students and other activists gathered after officials launched a raid to detain two people in the city’s Nicolson Square.

The activists shouted, “no justice, no peace” as they blockaded the vans.

They said they would allow immigration officers to leave if they did not take any detainees with them. Police then had to rescue the Home Office officials – who left with nobody detained.

Stand Up To Racism Scotland said: “We anti-racists are the majority. Priti Patel take note— wherever the Home Office goes, it will face resistance. These are our neighbours, let them go.”

The victory comes a year on from similar successful action in Kenmure Street, Glasgow, which stopped the deportation of Sumit Sehdev and Lakhvir Singh.

Pictures from the scene were described as “solidarity in an image” by one person.