"I've grown up not knowing what the generation before me knew. Which was guns being pointed at you, bombs going off during school assemblies.” 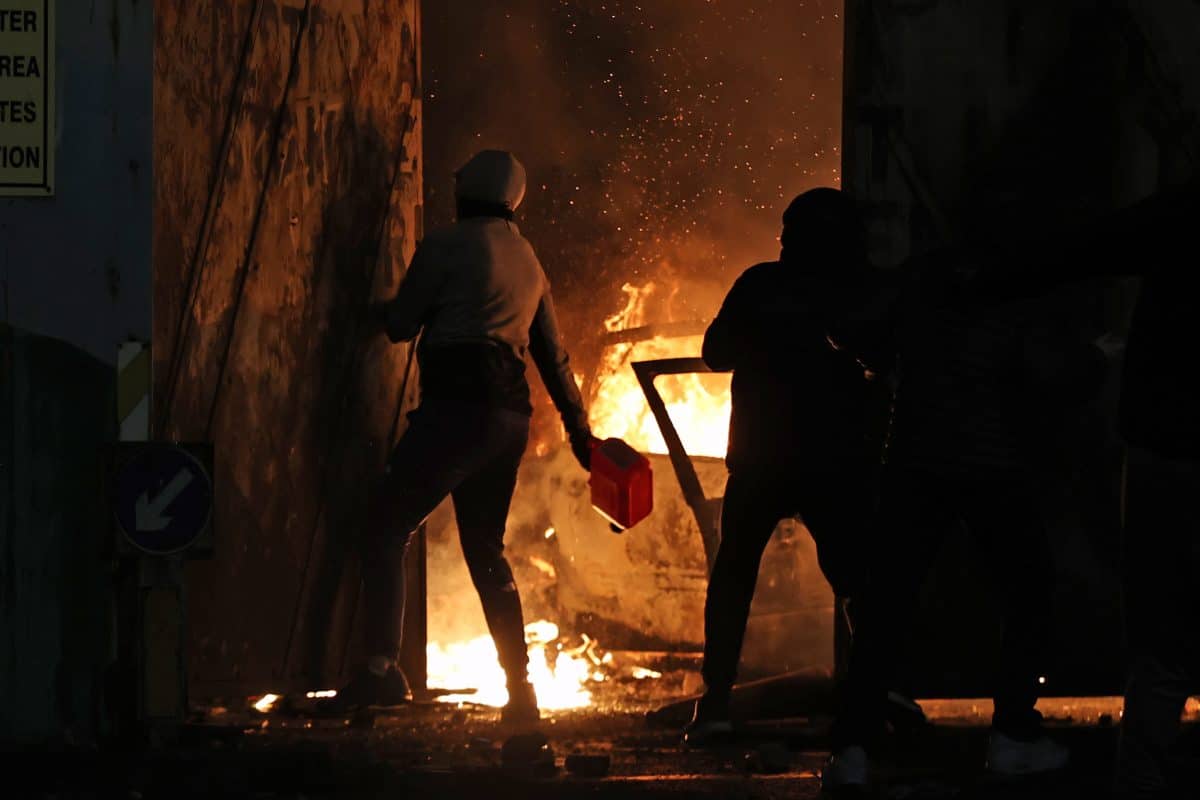 Emergency talks have been convened in Northern Ireland, after a week of violent unrest and disorder.

In the latest scenes, which took place in west Belfast on Wednesday, a bus was hijacked and set alight, petrol bombs, masonry and fireworks were thrown at officers and a peace wall gate was lit up in flames. A press photographer was also attacked.

Police quelled crowds of 600 people on either side of the peace line and deployed six AEPs, a type of plastic bullet, as well as arresting two men, aged 18 and 28, on suspicion of riotous behaviour.

Secretary of State Brandon Lewis was due to arrive in Northern Ireland later to hold emergency talks with the main political parties, as well as faith and community leaders.

He has urged all communities to work together to end the violence, saying the determination to move on from the Troubles could not be “crushed by a small minority”.

Sir Keir Starmer has urged Boris Johnson to “step up” and convene all-party talks, as he noted unionist concerns that the Prime Minister’s Brexit promises were not being kept.

Amid the turmoil, listeners hailed a “brilliant” and “insightful” segment on James O’Brien’s LBC show, in which a man from Northern Ireland explained how post-Brexit trading arrangements were fomenting unrest.

“This was always going to happen,” he warned. “I’ve grown up in a peaceful country, I’ve grown up not knowing what the generation before me knew. Which was guns being pointed at you, bombs going off during school assemblies.”

"I don't want to be either side of the divide."

This Northern Irish caller tells James O'Brien that he fears an even more fractured society due to the violence in Belfast. @mrjamesob pic.twitter.com/Oy3n1SExlg