In one case a retailer reported that one half of a couple who had been reminded to shop alone returned to the store later that afternoon threatening staff with an axe. 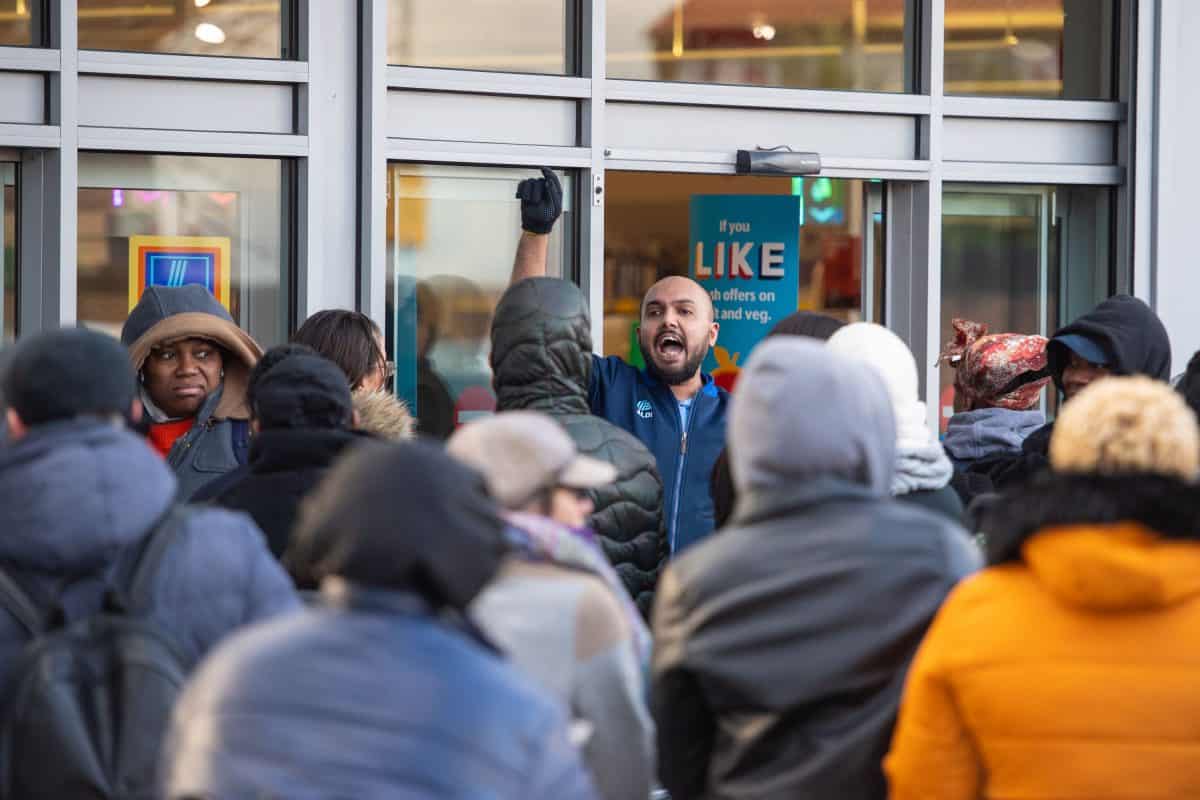 The Government must take urgent action to tackle violence and abuse towards shopworkers, more than 65 retail leaders have demanded.

In a letter to Prime Minister Boris Johnson, bosses from high street names including Aldi, McDonald’s, Boots and the Post Office, said stronger laws were needed to protect against shopworker abuse.

It comes after recent data found an increase in the verbal abuse of staff at “essential” retailers, according to the British Retail Consortium (BRC).

The letter, organised by the BRC, says the Government needs “to treat the issue with the seriousness it deserves and improve protection for our employees by creating a new statutory offence of assaulting, threatening or abusing a retail worker”.

A survey last year found two thirds of respondents reported an increase in the number of incidents of physical violence against staff during the current lockdown.

All retailers who reported a rise in verbal or violent attacks said that the enforcement of Covid restrictions was the key factor, and one leading retailer reported 990 incidents of violence or abuse in the first week after face coverings became compulsory.

In one case a retailer reported that one half of a couple who had been reminded to shop alone returned to the store later that afternoon threatening staff with an axe.

A shopworker at another retailer asked a couple to put on face coverings. They left the store, only to return hours later when they began “coughing on staff, insisting they had coronavirus, which made the staff feel distressed”.

Another said they were “threatened with a syringe… (because a shoplifter) was stealing cheese and said if I didn’t get out of the way he would stab me.”

Helen Dickinson, chief executive of the BRC, said the trade body has “repeatedly called on the Government to take action and protect our colleagues from harm”.

She added: “Every day over 400 retail staff are attacked, threatened, or abused in their place of work. Over 150,000 in 2019, and these numbers have been rising during the pandemic.

“Those attacked are our friends, our family, our colleagues. This cannot go on.

“The recent surge in violence should serve as a wake-up call for Government. Retail workers are playing a vital role during the biggest public health crisis of our time – ensuring everyone has access to the items they need and keeping stores safe for customers and colleagues. And, at what cost?”