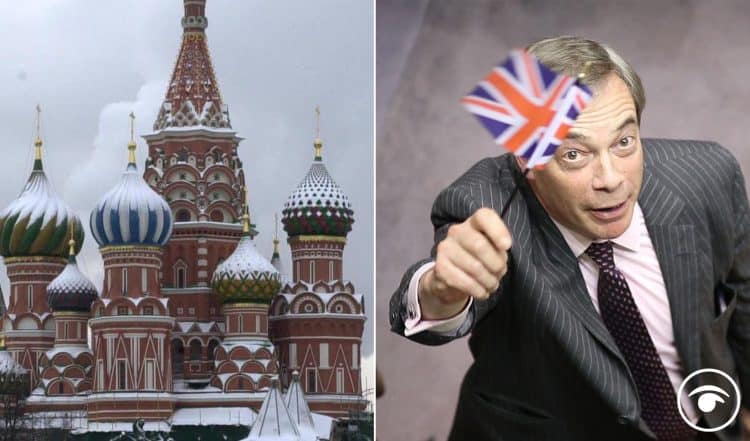 It is fair to say the majority of people in the UK (and beyond) want the government to clamp down on oligarchs washing money through London.

After a delay, the government has finally moved on the billionaire Russians.

One person who is feeling the pinch is Russian-Israeli billionaire Abramovich who put Chelsea up for sale on March 2nd in the wake of Russia’s continued invasion of Ukraine.

On Thursday morning though the UK government sanctioned the Chelsea owner amid ties to Vladimir Putin, something Abramovich has always strongly denied, to put any sale of the club in doubt, but a change of ownership could still occur.

So who is sticking up for these supremely wealthy people with links to Putin?

He was on GB spouting off, as per usual. He said: “Is it right to seize people’s assets without any form of due process? And will it really turn Russians against Vladimir Putin? I’m concerned about the way this is being done.”

Nigel Farage previously blamed the EU and Nato for Russia’s blood-thirsty invasion of Ukraine, and accused the west of “poking the Russian bear with a stick”.

He also blamed Greta Thunberg for making the UK too dependent on Russian energy.

That utter nonsense aside, Apprentice star Theo Paphitis put the Brexit-loving Farage in his place.

“There is no due process in Russia. So let’s push that one out the window and stop getting wound up about it,” he said.

“The fact is, the government – which as you know I’m not a massive fan of – have very few weapons in their armoury in regards to this situation, and one of them is sanctions.”