Twitter users were quick to make jokes about the PM’s less than enthusiastic expression. 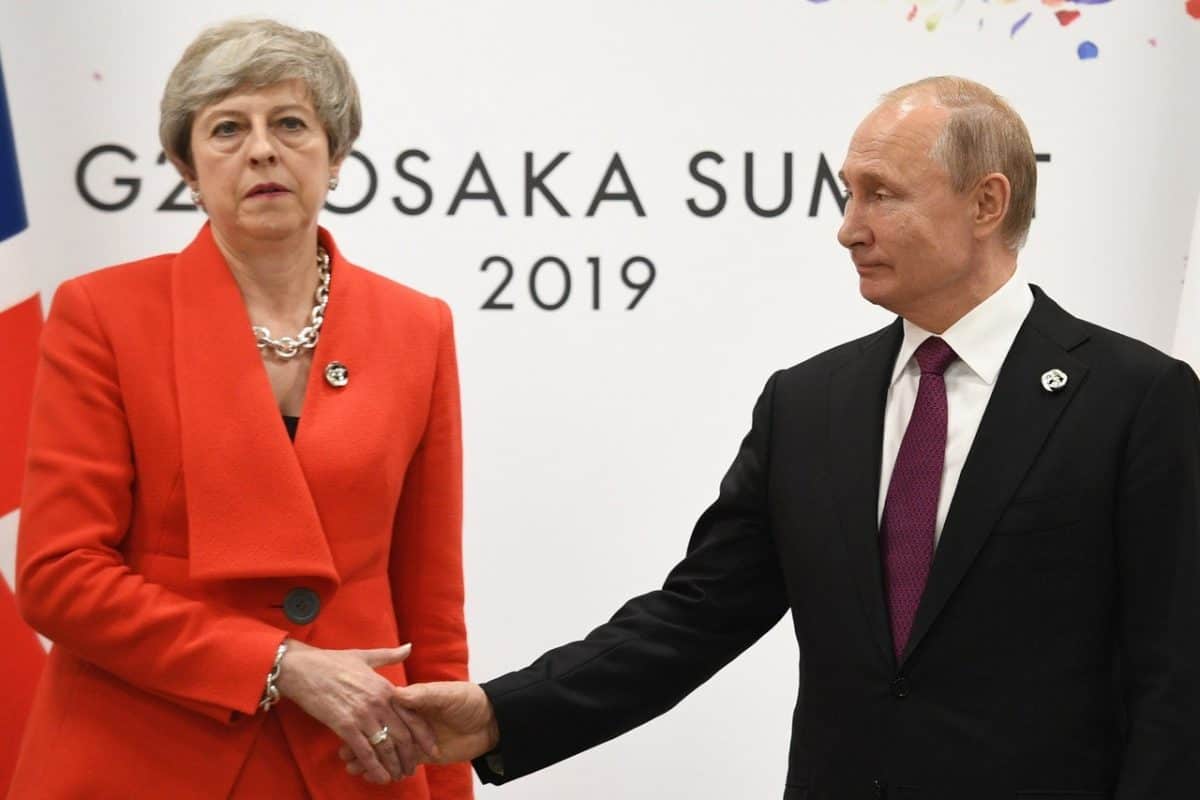 There’s limp handshakes, there’s Donald Trump-style unhinged table-less arm wrestling, and then there’s Theresa May perfecting willing the ground to swallow her up in a Prime Ministerial career where it’s a wonder it hasn’t yet.

Theresa May cut a frosty figure as she shook hands with Russian President Vladimir Putin at the G20 summit in Japan.

As she was briefing that she would demand Putin hands over the Salisbury nerve agent suspects, she was opening the Financial Times to see Putin’s interview boasting of the waning liberal world order being “obsolete.”

Relations between the UK and Russia have become tense in recent years following the nerve agent attack on former spy Sergei Skripal in Salisbury and divisions over Russia’s policy in the Crimea and Syria.

In an interview with the Financial Times ahead of the summit, Mr Putin insisted the spy row was “not worth serious interstate relations”.

As she met Mr Putin hours after the comments were published, Mrs May was clearly in no mood to exchange pleasantries.

“When your mum told you to shake your brother’s hand after the pair of you were fighting,” commented comedian Joe Heenan.

Fellow comic Janey Godley said: “When you meet that guy at a wedding but you know he cheated on your best pal.”

And spoof news reporter Jonathan Pie tweeted: “When you bump into your ex at a charity do.”