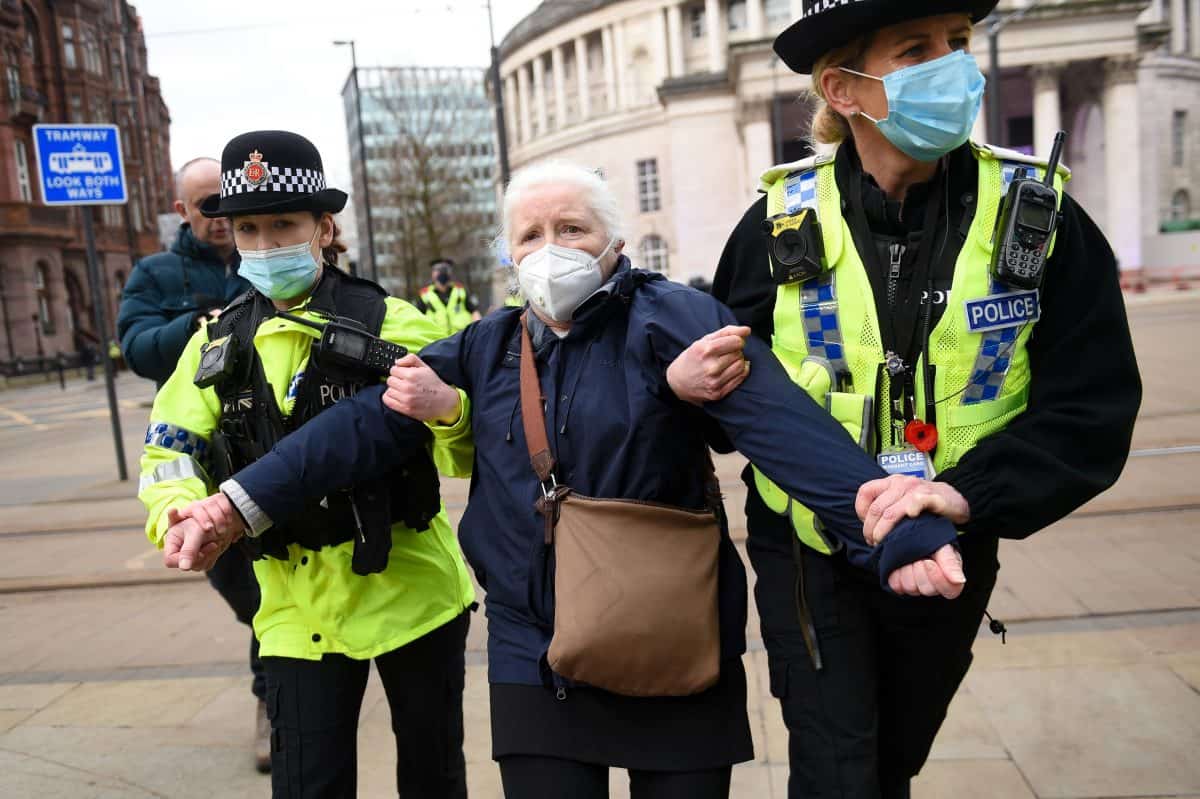 The organiser of a protest against the Government’s proposed 1% pay rise for NHS workers has been fined £10,000.

A 65-year-old woman was also arrested at the protest in Manchester city centre at noon on Sunday after refusing to leave the scene and failing to provide details when asked.

She later provided her details to officers and was de-arrested but given a £200 fixed penalty notice, GMP said.

Nurses and NHS workers from the campaign group NHS Workers Say No, and Unite’s Guys and St Thomas Hospital Union branch, also held a protest outside Downing Street against the proposal.

The Royal College of Nursing has condemned the award as simply “not good enough”, stating that nursing staff, many of whom would have been working on the frontline during the pandemic, are “skilled professionals deserving of fair pay”.

Superintendent Caroline Hemingway, of GMP, said: “With the positive step of schools reopening tomorrow, it is vital that people continue to follow Government legislation on social distancing and avoid gathering illegally in large numbers.

“Regardless of one’s sympathies for a protest’s cause, we would ask the public to maintain social distancing and follow legislation to prevent a rise in infections and provide the best possible chance of a further easing of restrictions in the weeks to come.

“We sought to engage with and peaceably disperse those attending this afternoon’s protest, explaining that the gathering was in contravention of Government lockdown rules.

“Unfortunately officers were met with a degree of non-compliance and it was therefore necessary to issue fixed penalty notices.”

Related: ‘We gave as much as we possibly can’ to NHS heroes, Boris claims