While President Bashar Assad, supported by Russia and Iran, remains in power. 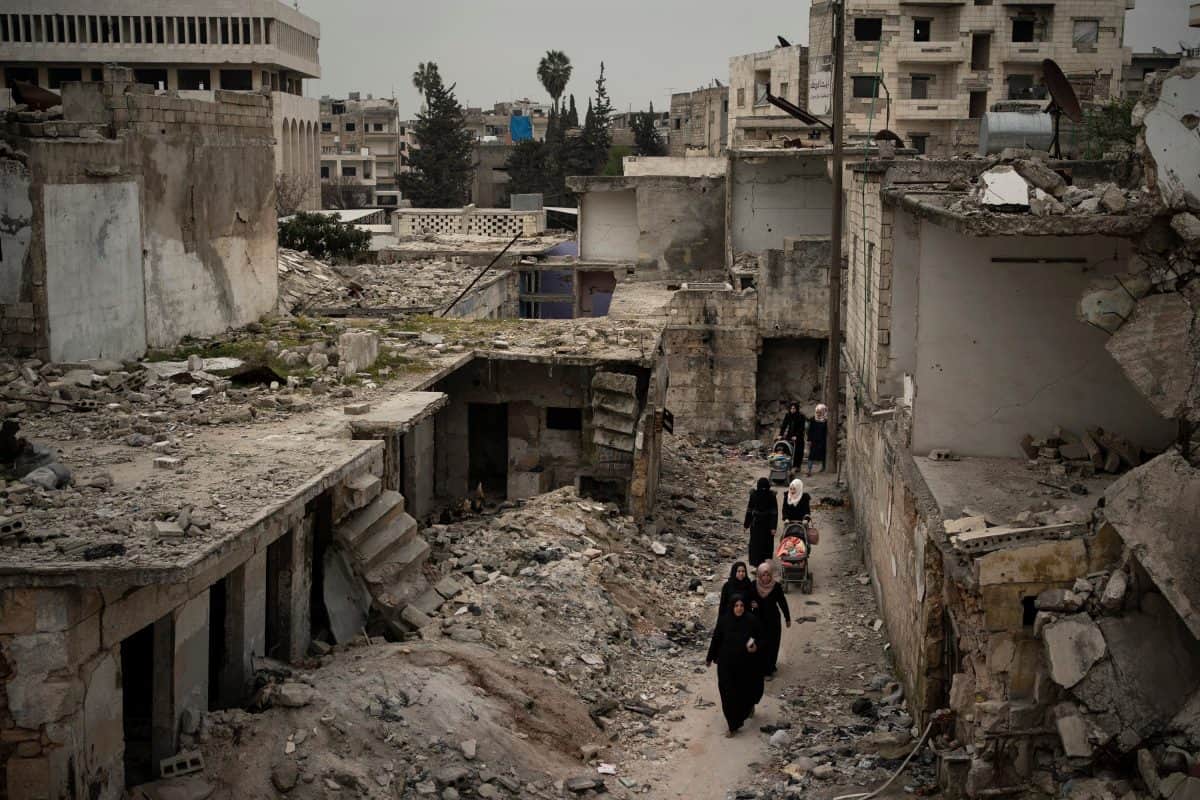 As Syria marked the 10th anniversary on Monday of the start of its uprising-turned-civil war, President Bashar Assad remains in power, propped up by Russia and Iran.

But millions of people are being pushed deeper into poverty, and a majority of households can hardly scrape together enough to secure their next meal.

Long queues for petrol stations and quotas of two packs of bread a day for families show how the country is struggling for basics.

In the capital, Damascus, beggars accost motorists and passers-by, pleading for food or money while medicines, baby milk and nappies can hardly be found.

With Mr Assad preparing to run for a fourth seven-year presidential term in the spring, some have questioned whether he can survive the sharp economic deterioration and anger in areas under his control.

Poverty levels are now worse than at any point throughout the 10-year conflict.

“Life here is a portrait of everyday humiliation and suffering,” said one woman in Damascus.

Her husband lost his job at an electronics store last month, and now the family is drawing on meagre savings that are evaporating fast.

The woman said she had taken up teaching part-time to help make ends meet.

Like others, she spoke on condition her identity remains hidden, fearing arrest.

With two children and an elderly father to care for, she said life had become unbearably difficult and she is gripped by anxiety for the future.

Until recently, she could smuggle in her father’s medicines from Lebanon, but now Lebanon has its own meltdown and shortages.

“I go to the souk and really have to think of priorities, buying only the bare necessities for cooking.

The decade of war has wreaked unfathomable destruction on Syria.

Nearly half a million people have been killed and more than half the pre-war population of 23 million displaced, whether inside or outside the country’s borders, the world’s worst displacement crisis since the Second World War.

The country’s infrastructure is in ruins.

Through most of the conflict, Mr Assad was able to shield Syrians in government-held territory from unbearable economic pain.

Even if barely sometimes, the state kept fuel, medicine and other supplies coming and the currency propped up.

Now he has gained a decisive upper hand in the war with Russia and Iran’s help, his grip on areas under his control is unquestioned, and the rebellion is largely crushed.

But the economy has fallen apart with startling swiftness.

It was hit by a double blow of new, far-reaching US sanctions imposed last year and the financial meltdown in Lebanon, Syria’s main link with the outside world.

That proved too much, on top of the strains of war, government corruption, other Western sanctions in place for years and the coronavirus pandemic.

The United Nations says more than 80% of Syrians now live in poverty, and 60% are at risk of hunger.

The currency has crashed, now at 4,000 Syrian pounds to the dollar on the black market, compared to 700 a year ago and 47 at the beginning of the conflict in 2011.

“When you put all of these things together, there is no surprise that we are seeing rising food insecurity, rising hunger,” said Arif Hussein, chief economist at the UN World Food Programme.

“Not only in the breadth, meaning lots and lots of people, but also in the depth, meaning people are closer to starvation today than ever before.”

To collect them, they wait in long queues, often pushing, shoving and fighting.