"This conspiracy theorist is the Telegraph's flagship columnist," Owen Jones pointed out after. 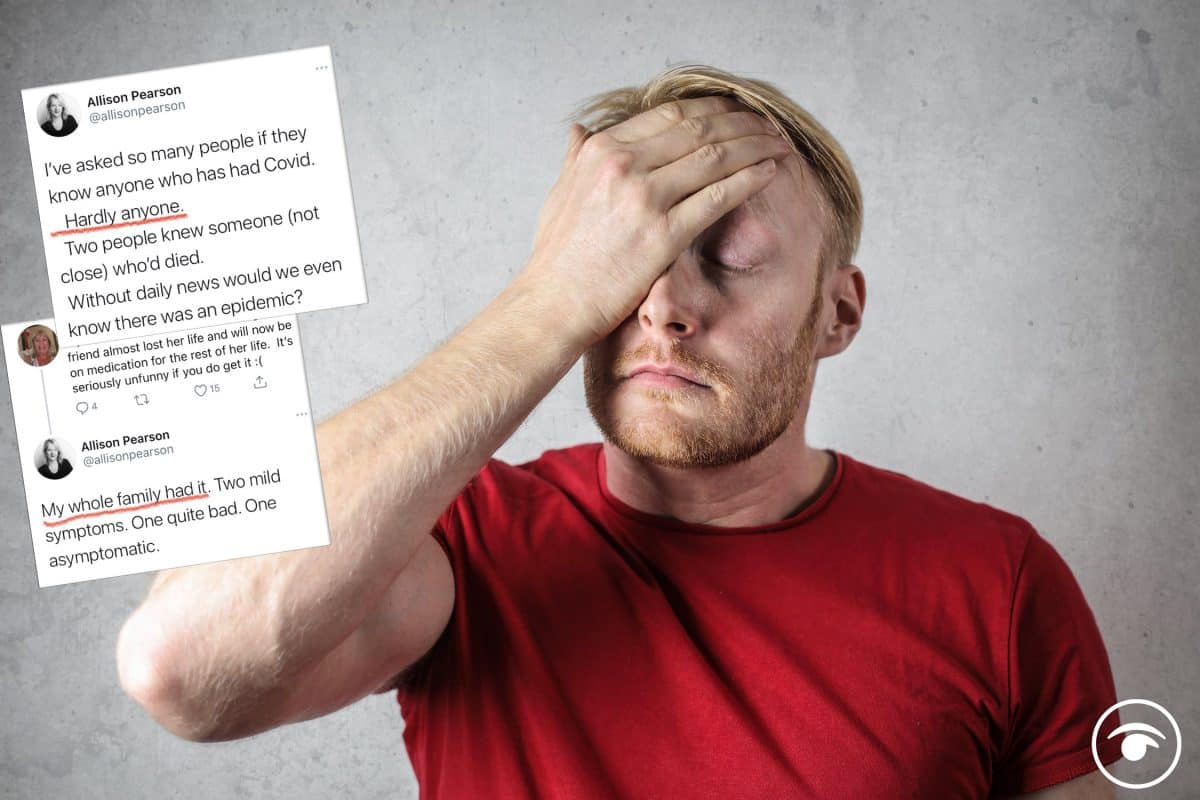 A Daily Telegraph columnist who claimed we wouldn’t know there was a pandemic without daily news was forced to admit that her whole family had contracted the virus after her tweets sparked outrage online.

Allison Pearson, who last month blamed “leftist snobs” for giving bullying Priti Patel a bad rap, said she had asked “so many people if they know anyone who has had Covid” and hardly anyone did.

Except, as she would later reveal, everyone in her own family.

This is special, even for Allison Pearson. pic.twitter.com/jFhf3omKpl

How are we supposed to deal with people like Allison Pearson? How do you fix this level of bad faith idiocy? pic.twitter.com/5mPz1uTv9a

Two of my relatives are currently hospitalised with it and several of my friends currently have it, but even if that wasn’t the case, objectively tens of thousands have died here and many more have been infected?

This conspiracy theorist is the Telegraph’s flagship columnist. pic.twitter.com/ZZPnoTchPP

The tweet has gone viral on social media with Owen Jones dubbing her a “conspiracy theorist”.

But Pearson is no stranger when it comes to courting controversy.

Last month she slammed “leftist snobs” for giving Priti Patel a bad name after an inquiry into her conduct found she had “not consistently met the high standards expected of her”.

She said “outside bien peasant circles and TV studios” she hasn’t spoken to “a single person who believes the Home Secretary’s conduct was “bullying””.

“Wish they’d leave her to carry out her deportations in peace,” she wrote, quoting a farmer, adding:

“It does beggar belief that a woman who is barely more than 5ft tall managed to terrorise all those 6ft 3in public school mandarins.”