Electors gave Mr Biden a solid majority of 306 electoral votes to Mr Trump’s 232 last night, although the outgoing President is yet to concede. 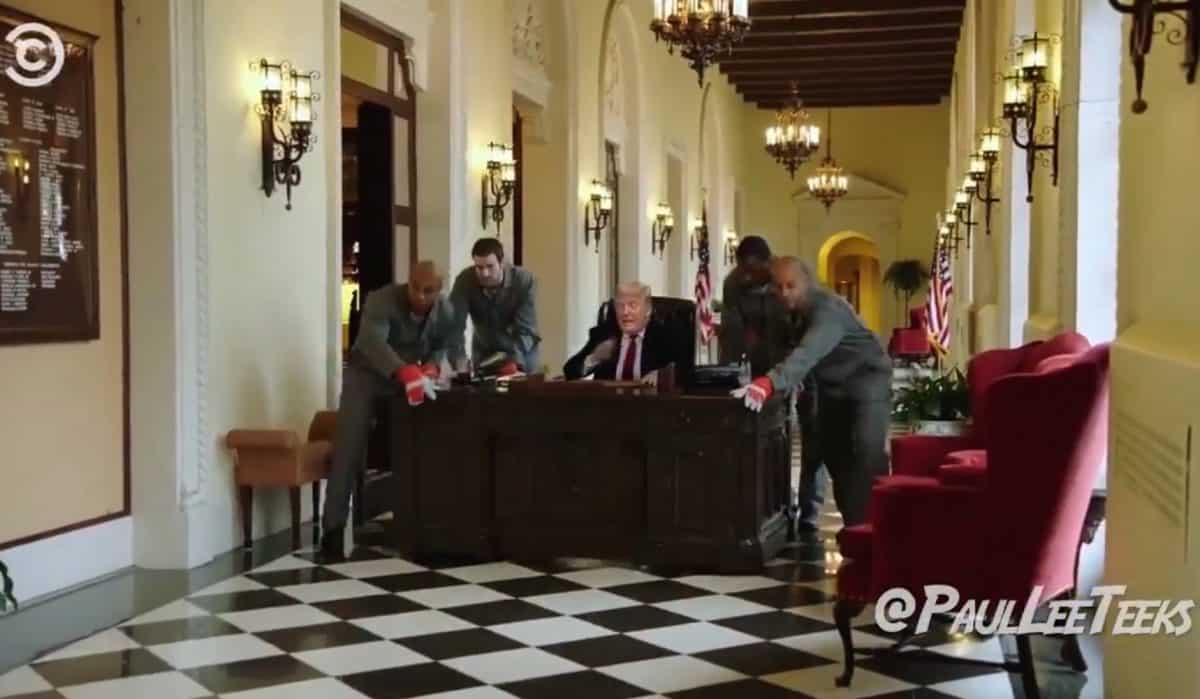 A video of Donald Trump being unceremoniously escorted out of the White House mid-speech has been making the rounds of social media after the Electoral College certified Joe Biden as president-elect.

The Paul Lee Teeks edit of a Comedy Central video surfaced as the hashtag #LoserOfTheCentury trended on Twitter.

Presidential electors gave Mr Biden a solid majority of 306 electoral votes to Mr Trump’s 232 last night, the same margin that Mr Trump bragged was a landslide when he won the White House four years ago.

The results will be sent to Washington and tallied in a January 6 joint session of Congress over which vice president Mike Pence will preside.