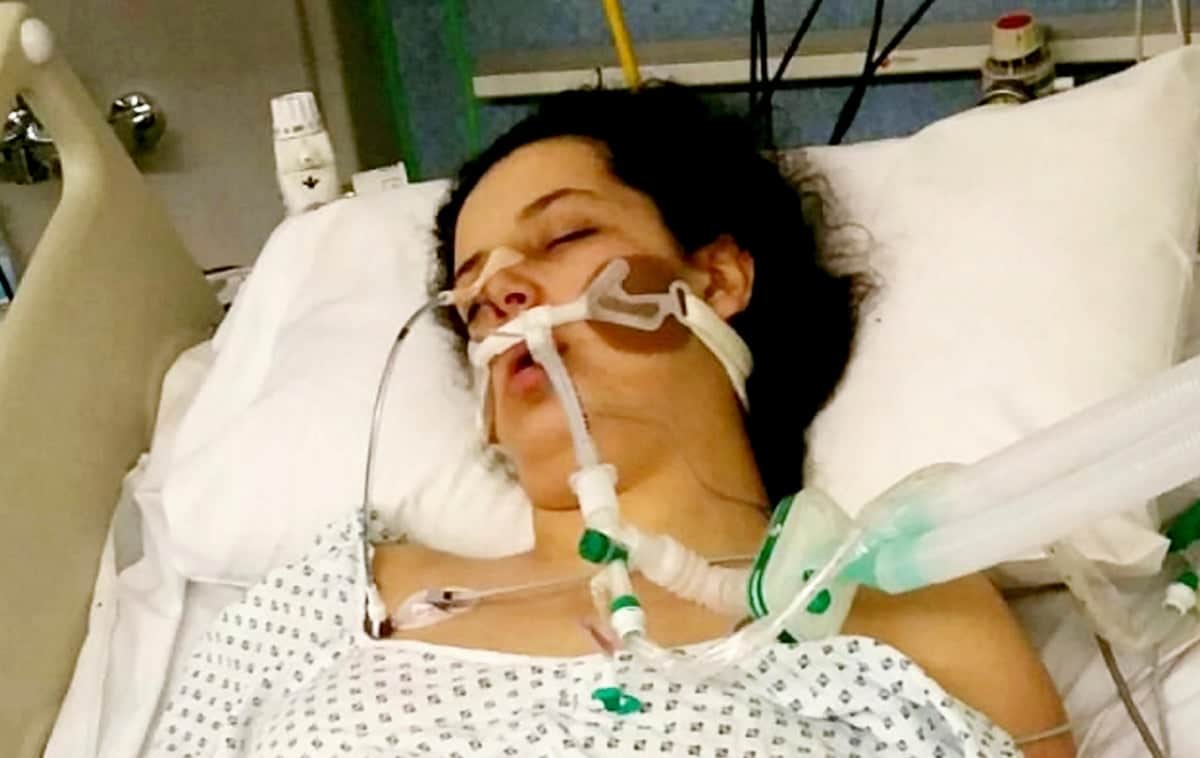 Four teenagers who battered an Egyptian student who later died following a row on social media over a boy have been spared jail.

Mariam Moustafa, 18, passed away three weeks after being left in a coma following the brutal assault outside a shopping centre in Nottingham on February 20 last year.

She was punched several times and dragged by the laughing female yobs before the attack – which was filmed by one of the girls – continued after she boarded a bus.

A court heard the teenager was set upon by a six-strong pack who “had beef” over her friendship with a boy in a row “fuelled by social media.”

The gang were being taunted on Instagram by someone using the name “Black Rose” and had questioned whether it was Mariam.

Last week Mariah Fraser, 20, Britania Hunter, 18, and a 16-year-old girl, who cannot be named, were sentenced for their part in the attack.

Fraser was sentenced to eight months in a young offenders institution, Hunter was given unpaid work and the 16 year-old was given a referral order.

All four defendants avoided jail after being given referral orders by District Judge Timothy Spruce.

Sentencing, he told the thugs the aim of filming the attack had been to capture Mariam in a state of “humiliation and distress”.

The judge added: “Mariam was 18-years-old at the time of her death. Watching it [footage of the assault], this was a truly shocking attack.

“Mariam was first the subject of verbally abuse, then physical. The atmosphere was one of fear and intimidation. The incident was recorded and then put on social media.”

The court was told how Mariam was slammed against the bus stop Lewis could be heard using the words “Black Rose” and “Snapchat” as she attacked the teenager.

The judge said: “”Lewis was the main aggressor, she was encouraged to violence by two others.

“When she got onto the bus she started to look for Mariam. The clear aim was to film Mariam in a distressed and humiliated state.

“Lewis can be seen as a ringleader as the main participant. Her belief that Mariam was Black Rose was the catalyst for this incident.

“Dobbin didn’t take part in any violence but she accepts she filmed it.

“The lengthy and sustained attack is an aggravating factor.

“Two of the defendants appear in front of me as adults but should be sentenced on the base of their age at the time of the offence.”

The court heard Mariam was punched several times near a bus stop in Parliament Street at 8pm, while her friend Pablo Jawara tried to protect her.

The engineering student, who had been offered a place at university in London, suffered a stroke and fell into a coma before dying on March 14 at Nottingham City Hospital.

The CPS could only bring affray charges against the group, rather than manslaughter or murder, as her death could not be directly linked to the attack.

Prosecutor,Tina Dempster said: “Pathologically it was not possible to say what took place on Parliament Street was the cause of Mariam’s death.

“Mariam had suffered from chronic heart disease over the years.

“However, the prosecution took the view the incident was too serious that a prosecution was needed.”

Ms Dempster said Mariam had suffered a “sustained and serious” attack after being questioned by Lewis if she was the user “Black Rose” on social media.

She said: “Messages were flying around social media by someone called Black Rose and the girls thought that was Mariam.

“The parties met on that day by accident. The prosecution say, the main aggressor is Netesha Lewis.

“She is seen repeatedly punching Mariam and Pablo. At one point she slammed Mariam against the bus stop.

“She could be heard saying ‘Black Rose’ and ‘Snapchat’. She was described as being angry and aggressive.

“The incident on the top of the bus only stopped when the bus driver came upstairs.

“They were shouting things like ‘you watch fam, you’re going to get f***ed up when I see you, I’ll f**k you up again.’

“The six got on off the bus and were shouting abuse at Mariam. It was at this point Mariam collapsed.

“The defendants seemed unconcerned and were laughing.”

Graham Heathcote, defending Lewis, said: “She said there had been an exchange on snapchat between young people and were trash talking.

“She perceived Mariam to be the user of Black Rose.

“She should’ve walked the other way and she knows that.”

Each member of the group stood up and apologised for their behaviour, while their parents sat behind them in the court room.

Mariam’s family did not attend court today but after the previous hearing her dad Mohamed, 51, said: “I waited all this time for justice but now I feel there is no justice in this country.”