“Our brightest and best athletes should not be forced to be part of a propaganda exercise for the Chinese Communist Party whilst it tries to wipe the Uyghur people off the face of the planet.” 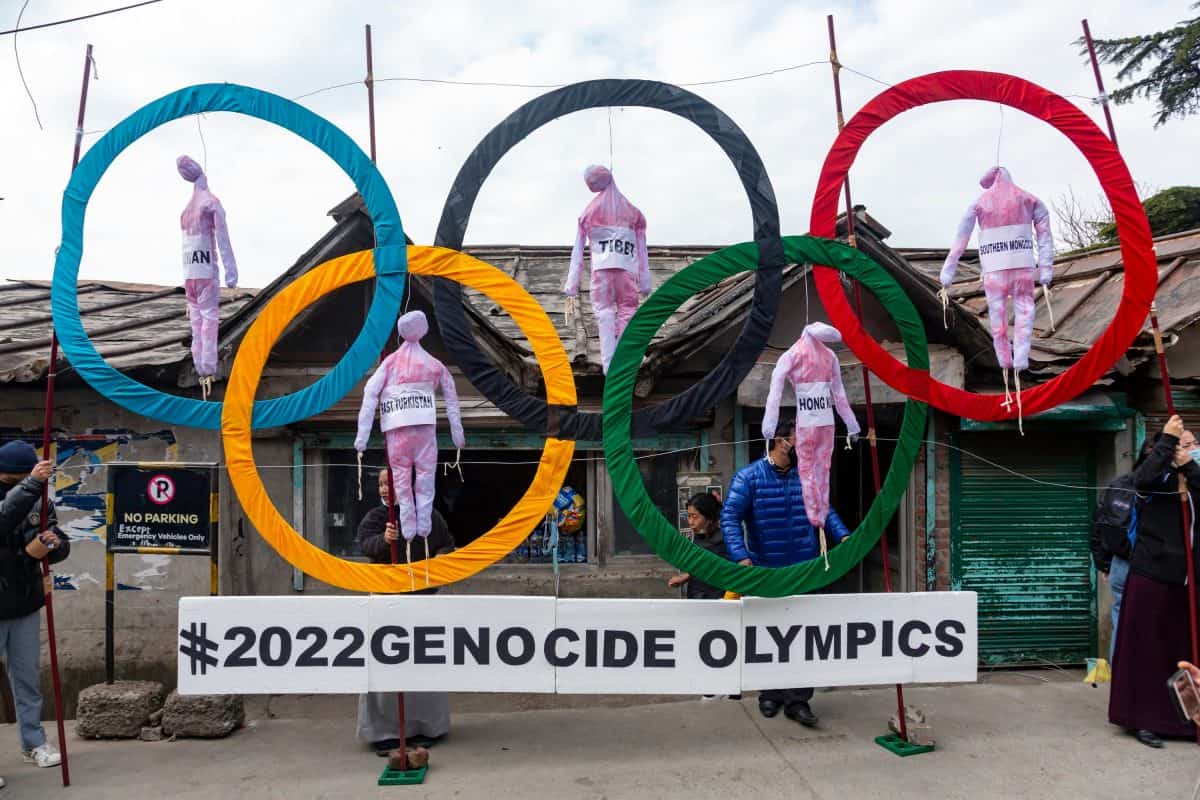 Team GB and ministers must boycott the Beijing winter Olympics in 2022 unless the Chinese government “ends the genocide” of the Uighur Muslims, the Liberal Democrats have said.

Lib Dem leader Sir Ed Davey said the UK should “use every available tool” to pressure China into closing its detention camps and ending the mistreatment of the Uighur people.

The former cabinet minister said the UK Government needed to question whether it should allow Britain’s athletes to “be part of a propaganda exercise” for China while it is trying to “wipe the Uyghur people off the face of the planet”.

China has imprisoned more than a million people, including Uighurs and other mostly Muslim ethnic groups, in a vast network of concentration camps, according to human rights groups.

People have been subjected to torture, sterilisation and political indoctrination in addition to forced labour as part of an assimilation campaign in a region whose inhabitants are ethnically and culturally distinct from the Han Chinese majority.

China has denied all the charges and says the camps are for “re-education” purposes only.

Sir Ed said his party wanted to see ministers and athletes from Team GB and Paralympics GB boycott the Beijing 2022 Winter Olympics and Paralympics if China failed to meet a series of stipulations.

The Lib Dems want to see an end to “ethnic cleansing” of Uighurs, no more forced labour, a cessation to sterilisation of Uighur women and a stop put to “human rights abuses, torture, sexual assault, and rape” of the people in Xinjiang.

“The evidence that a genocide is now occurring in western China is so clear, that the UK and the whole world must now stand up to Beijing and use every available tool to stop it,” Sir Ed said.

“We must remember when we failed to stand up against human rights abuses in the past, and recall the images from British sporting history like the England football team’s Nazi salutes in the 1930s and the rebel cricket tours to South Africa in the 1980s. No-one can be proud of past failures to act, so today we must act.

“The 2022 Winter Olympic and Paralympic Games will be used as a propaganda tool for a regime committing genocide.

“Team GB, Paralympics GB and the Government have a moral responsibility to consider if sending a team to these Games is really the right thing to do.

“Our brightest and best athletes should not be forced to be part of a propaganda exercise for the Chinese Communist Party whilst it tries to wipe the Uyghur people off the face of the planet.”

Only hours before leaving his post, Donald Trump’s former US secretary of state Mike Pompeo ruled last month that China’s policies on Muslims and ethnic minorities in Xinjiang constituted a “genocide” and introduced further sanctions.

China, however, says its policies in Xinjiang aim only to promote economic and social development in the region and to stamp out radicalism.