“Today, we have to deal with many of society’s problems in schools, issues with drugs and violence, knife crime, county lines that spill over into our classrooms. These crimes often go unreported as schools are afraid of the repercussions.” 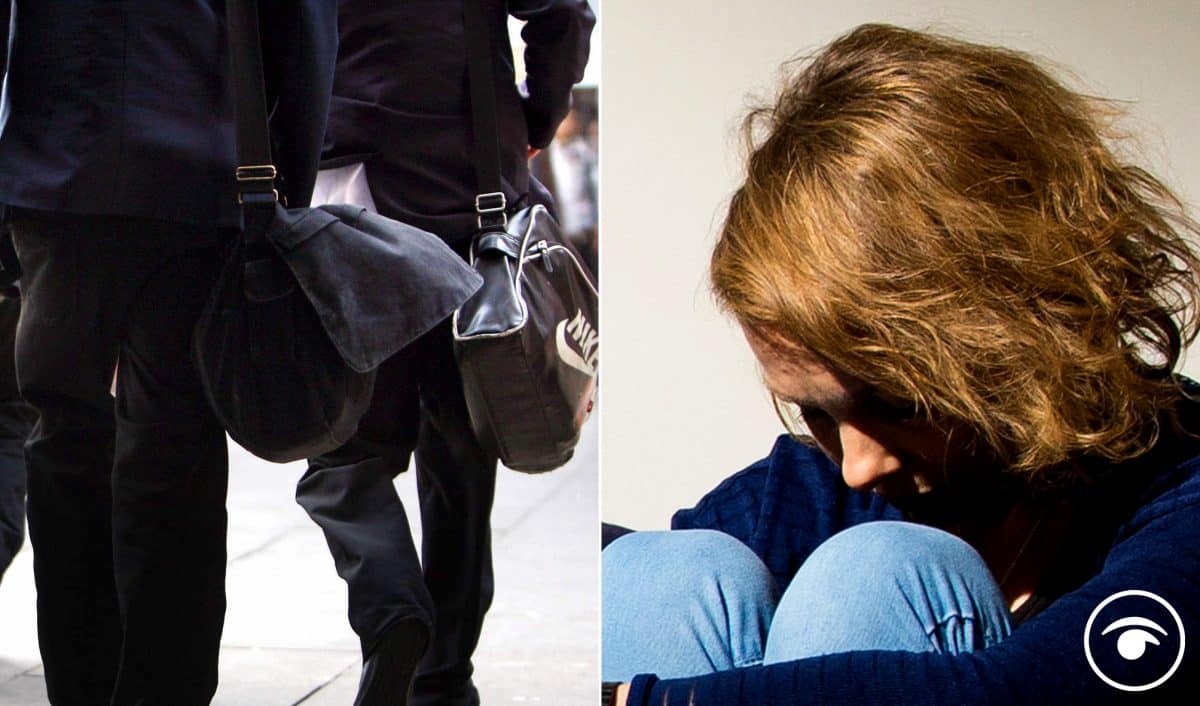 Teachers are being subjected to “derogatory sexualised” terms, as well as violence and threats by pupils in the classroom, a union conference has been told. It comes as four in five teachers say job has affected their mental health during pandemic.

The NASUWT union’s annual conference heard that teachers have witnessed a “deterioration” in pupil behaviour over recent years, with many staff “struggling alone” with extreme cases in the classroom.

A motion passed at the conference condemned schools and colleges who claim that “unacceptable” pupil behaviour is just “part of the job”.

It also noted that teachers are often left with no access to appropriate support as “many school and college leaders do not receive adequate training” in how to deal with challenging student behaviour.

Wendy Exton, a member of the union’s executive, said: “We need to reclaim our classrooms, but we cannot do it alone.”

She told the conference: “Today, we have to deal with many of society’s problems in schools, issues with drugs and violence, knife crime, county lines that spill over into our classrooms. These crimes often go unreported as schools are afraid of the repercussions.”

Ms Exton said a culture had emerged where any blame for poor behaviour is taken away from the student and a variety of excuses are made – from “living on a council estate to trauma and even lack of tobacco”.

She added: “Today’s behaviour directed to us as teachers include not only vile language, but derogatory sexualised terms, threats to ourselves and our families, and indeed, violence itself.

“In classrooms, many staff are struggling alone with extreme behaviours,” Ms Exton added.

A survey of more than 4,700 NASUWT members suggests that 38% have been subjected to verbal abuse from students in past year, while 10% have received threats of physical violence from pupils during the same period.

The poll found that 6% of teachers have been subjected to physical violence by pupils in the last year.

The motion applauded NASUWT members across the country who have successfully balloted to take industrial action to refuse to teach violent pupils.

Rosemary Carabine, a member of the union’s executive, said: “Why should a teacher, or a group of teachers, feel they can only feel safe at work, or make a difference in their workplace, by using grievance procedures, or having to resort to collective industrial action to stop the threats or aggression that occurs for some on a daily basis?

“How many more disciplinary, capability or such procedures do we allow some of our members to go through because they are perceived to be not dealing with the unacceptable and extreme behaviour before we say enough is enough?”

Gary Upton, a member of the union’s executive, suggested a lack of funding had led to support staff cuts, larger class sizes and less targeted training which has made it harder for teachers to tackle pupils’ poor behaviour.

He said members had experienced “discriminatory” and “bad” language from pupils, as well as theft and damage.

“In so many cases, it’s the teachers that have to take time to reflect and think about what they could have done better. The reality being there is simply no money to train them in any other way,” he said.

Delegates voted for the executive to lobby employers and governments to ensure that teachers and headteachers receive appropriate training on behaviour management issues.

They called on the executive to continue to support members “using all appropriate means” where they face “unacceptable” pupil behaviour.

Dr Patrick Roach, NASUWT general secretary, said: “The NASUWT is unequivocal that no teacher should be expected to put up with any form of verbal or physical abuse, whether in the classroom or online.

“The union is continuing to take steps, up to and including industrial action and refusal to teach ballots, where members report to us that serious pupil indiscipline or abuse is going unchallenged by their school.”

Nearly four in five teachers feel their job has adversely affected their mental health during the pandemic, a survey has suggested.

More than one in four (27%) teachers whose jobs have had a negative impact on their mental or physical health over the past year have seen a doctor or medical professional about the issues, the poll found.

Ministers must recognise that teacher wellbeing needs to be addressed to be able to deliver the recovery programme for pupils affected by school closures, according to the NASUWT teaching union.

A survey of more than 4,700 NASUWT members found 79% feel their job has adversely affected their mental health in the past 12 months.

Of these, 48% said uncertainty about safety in their school during the pandemic was a key factor.

Nearly one in four (23%) have taken medication to help them cope and 12% have undergone counselling, according to the teaching union poll.

The findings were revealed as the NASUWT teaching union conference entered its second day. Education Secretary Gavin Williamson and shadow education secretary Kate Green will deliver speeches at the virtual conference on Saturday.

It is the first time in five years that an education secretary has addressed the NASUWT teaching union conference.

On Saturday afternoon, delegates are due to debate a motion on the impact of Covid-19 on the metal health of teachers and their pupils.

More than four in five (81%) of survey respondents said they have experienced more work-related stress over the past year and almost half (48%) said the job has adversely affected their physical health.

Teachers have been balancing remote lessons and in-person teaching due to Covid-19 disruption.

When asked about their experiences of stress this year, one respondent said: “Managing my own family with the increased workload of remote learning as well as in the classroom learning was ridiculous.

Another said they had felt “powerless” and concerned about their health and their family’s health due to the knowledge that some pupils’ families had breached Covid-19 rules.

The survey suggests 87% have experienced anxiousness and 79% have suffered from loss of sleep in the last 12 months because of their work.

It found 30% have increased their alcohol usage, 7% have suffered a relationship breakdown and 2% have self-harmed in the past year due to their job.

One teacher said: “The lack of consultation with the teaching profession from this government is shocking. It has led to poor decision-making in reopening schools which has dramatically increased my work-related stress.

“It is extremely difficult to stay in teaching in England because of the lack of respect shown to the profession and I am truly surprised anyone still wants to join the profession at present.”

Addressing the conference on Friday, NASUWT president Phil Kemp said statutory provision of schools-based counselling in every primary and secondary school in England is “more than needed in a post-Covid world”.

He said: “Mental Health Awareness Week falls in May this year. But for those living with anxiety or depression, phobias or eating disorders, to complex personality disorders, every day is a mental health day.

“Teachers see these struggles in their pupils day in, day out. They may themselves be struggling. Knuckling down and just getting on with it. It is not a good enough strategy.

“I hope that by the end of 2021 conference, NASUWT can help be part of the solution.”

Dr Patrick Roach, NASUWT general secretary, said: “These figures are truly shocking and starkly illustrate the significant impact of the pandemic on the mental health and wellbeing of teachers and school staff.

“It has led to a huge increase in workload and while the profession has responded with remarkable agility and professionalism, Covid-19 and the impacts on working have had a detrimental effect on teachers’ physical and mental health.

“Ministers and school employers must recognise that to deliver the programme of education recovery vital for the nation’s children and young people, teacher wellbeing has to be recognised.”

A Department for Education (DfE) spokesman said: “The pandemic has caused unprecedented disruption to all areas of life but we have acted swiftly at every turn to help minimise the impact on pupils’ education and provide extensive support for schools and their teachers and staff.

“Our £8 million Wellbeing for Education Return programme is supporting staff in schools and colleges to respond to any wellbeing issues they or their colleagues may be experiencing.

“We have also invested over £2 billion into ambitious catch-up plans and schemes to provide pupils with devices for remote education – with funding targeted at disadvantaged children and young people who need support the most.”

Related: ‘We believe in second chances’: Prisoner goes from apprentice to manager in six months