“All of which shows me, personally, and us all, politically, that the culture wars rage and continue to rage and that they consume anyone who dares to challenge the narrow, monocultural base on which the current national curriculum, with all its assumptions on powerful knowledge is based." 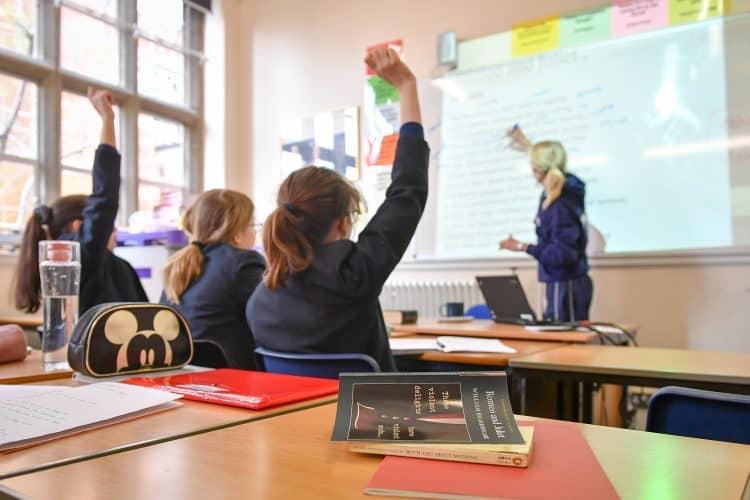 Teachers’ leaders have said that the “culture wars rage” on over the national curriculum.

They announced that they will “critically interrogate” the Government’s plans for a new model history curriculum, which Schools Minister Robin Walker has said plans to include diversity in a “meaningful, rather than tokenistic” way.

Mary Bousted, joint general secretary for the NEU, said that when she was head of English at a comprehensive school in Harrow in the 1980s, she had taught in a school where 38 first languages were spoken.

“I took the opportunity of the new GCSEs to bring into the curriculum authors from the many cultures and races represented in the school community,” she said.

She said that when she had spoken about the need for diversity in a “powerful knowledge curriculum” of “dead white men” a few years ago she had been “monstered” by the media.

“All of which shows me, personally, and us all, politically, that the culture wars rage and continue to rage and that they consume anyone who dares to challenge the narrow, monocultural base on which the current national curriculum, with all its assumptions on powerful knowledge is based,” she said.

Dr Bousted said that the NEU would be partnering with the race equality charity the Runnymede Trust, as well as education experts, to form a working group to “act as a point of critical interrogation” for the model history curriculum.

She said that Michael Fabricant, the Tory MP who suggested teachers and nurses had had a “quiet drink” in staff-rooms during lockdown, in defence of the Prime Minister over partygate, was a “fool”.

She said that he had “fabricated a justification for Boris Johnson’s law-breaking partying in 10 Downing Street”, adding that he was “ignorant”.

She added that the Government had rejected former education recovery tsar Sir Kevan Collins’ calls for £15 billion, and that Education Secretary Nadhim Zahawi had delivered a Schools White Paper that dealt with “none of the issues facing our schools”.

Dr Bousted said that the Schools White Paper and the Green Paper on special educational needs and disability were the “final thrashings of zombie education ideologues”.

Kevin Courtney, joint general secretary of the NEU, said that the school system was “haemorrhaging teachers” and that the White Paper had failed to address this.

He said that the paper should have addressed “excessive and intensive workload”, adding that it was “time to end the tyranny of an inspection regime which belittles the work of teachers and leaders doing the hardest jobs in the most deprived schools”.

Related: Culture wars ‘pit working class communities against each other’