Research from The Fabian Society claims that rows over issues such as racial equality and cancel culture are stoked by politicians, media outlets and social media platforms. 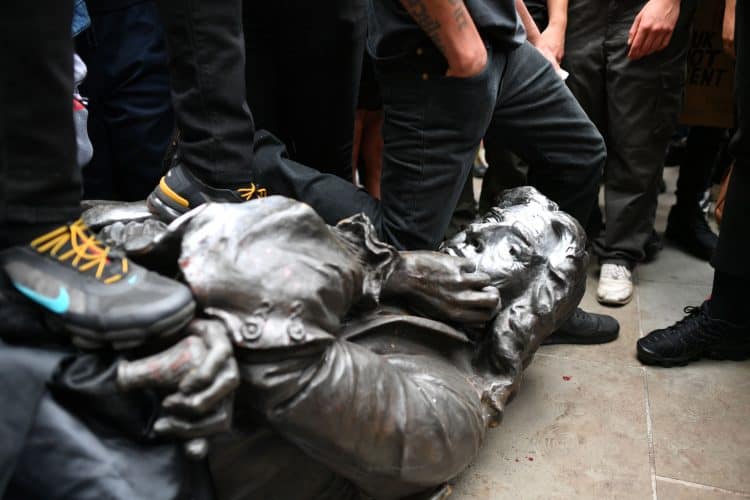 The culture wars and the “anti-woke” agenda pits working class communities against each other, a new report has found.

Research from The Fabian Society claims that rows over issues such as racial equality and cancel culture are stoked by politicians, media outlets and social media platforms rather than reflecting actual attitude divides amongst the public.

And the Labour-affiliated think tank said there were lessons for the left and right to prevent Britain from becoming as fractured as the US.

The group’s analysis found that clashes about tradition and identity are usually instigated by those seeking political, personal or commercial gain.

And that while these “culture wars” may result in significant public divides, the report finds this only happens after controversies are whipped up by the “pedlars” of culture wars, the study found.

Kirsty McNeill, co-author of the report, said: “The temptations for all political parties are clear.

“Riling up a base and pointing it at an imagined enemy is much easier than doing the hard yards involved in meeting the prime minister’s ambition to ‘level up’.

“Equally, ignoring rivals’ attempts to sow division won’t help Keir Starmer assemble a broad and diverse coalition to back his vision of a fairer country.

Roger Harding, the report’s co-author, added: “Culture war pedlars often use contrived stories to pit working-class communities against one another and caricature movements for racial and LGBT equality.

“We need to have the confidence to call out what they are doing so we can build on the public demand – especially amongst working-class people up and down the country – for action on jobs, climate change and building a better future for the next generation.”

The so-called culture wars have been played out over a number of controversies in recent years, from whether Rule Britannia should be played at the end of the Proms to supposed calls to have the film Grease “cancelled”.

Rows have also erupted over the Black Lives Matter movement, the England football team taking the knee before matches, and over LGBT+ rights.

Culture Secretary Oliver Dowden told the Museum of the Home in Shoreditch, east London, it must “retain and explain” its controversial statue of slave trader Robert Geffrye after a petition was launched calling for its removal.

Education Secretary Gavin Williamson criticised a group of Oxford students who reportedly voted to remove a picture of the Queen from their common room due to the monarchy’s links with colonialism.

Last month, elections expert Professor Sir John Curtice claimed that the Conservative Party are seeking to “tap into” a wider set of values held by those who voted to leave the EU in 2016 through an “anti-woke agenda”.

The Fabian Society report authors conclude these rows are fuelled by politicians looking to caricature movements for equality, by commentators who personally profit from controversy and by media and social media platforms who see commercial gain in the clicks and coverage the outrage generates.

Andrew Harrop, general secretary of the Fabian Society, said: “It will not be easy to end the culture wars which have become a valuable tool for cynics on the right.

“These fake controversies create division between people with shared economic needs and they distract the public from a low tax, low regulation, libertarian worldview that few in Britain support.

“Progressives of all stripes – and the Labour Party in particular – must focus their energy not on winning culture wars, but on calling them out, building bridges and ending these divisive battles.”