600,000 working UC claimants are worried they might not be able to afford food or other basic necessities such as toiletries after the reduction in their income is introduced. 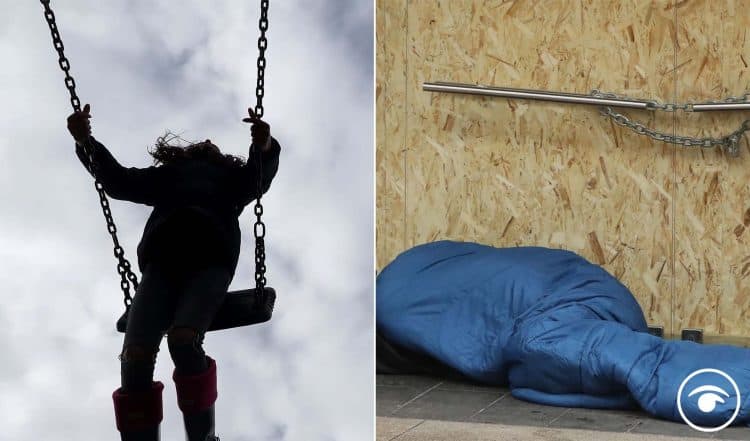 Taxes would need to rise to keep the £20 Universal Credit uplift in place beyond the end of this month, a minister has argued.

The Government is under pressure, including from Conservatives on its own backbenches, to keep the weekly top-up payment after being warned that soaring energy prices and increased living costs meant it would be the “worst possible time” to pull the uplift.

But business minister Paul Scully said that income tax and fuel duty would probably have to go up to pay for the £6 billion benefit bonus to continue.

The Treasury provided an additional £20 per week to Universal Credit (UC) recipients at the outbreak of the coronavirus pandemic but Chancellor Rishi Sunak has so far been adamant it must end by October.

The uplift was meant to last a year but was extended by six months in the March Budget.

Mr Scully told Sky News: “The Chancellor… will look at the whole aspect of public finances in the Budget and the Spending Review that is coming up.

“But if you were to reverse the Universal Credit as it is, you would have to put up income tax by the equivalent of a penny and 3p on fuel.

“You have to find £6 billion from somewhere.”

A spokesman for the Prime Minister said Mr Scully, rather than setting out how the Government was considering paying for the uplift to be sustained, was instead outlining the “significant costs” involved in making it permanent.

The No 10 official repeated the description of the uplift as “temporary” when faced with questions from reporters on Thursday.

The comments come after Citizens Advice described the proposed cut as a “disastrous decision” as the organisation released research suggesting it could force 1.5 million working people into hardship this winter.

Financial fears of those surveyed included struggling to pay their bills, getting into debt or being forced to sell belongings to make up for the shortfall in their income.

Another quarter of working claimants could face even greater difficulties, the bureau’s research revealed.

The organisation on Thursday said as many as 600,000 working UC claimants are worried they might not be able to afford food or other basic necessities such as toiletries after the reduction in their income is introduced.

Mr Scully however said that extending the uplift could mean that those working benefit claimants were hit with fresh taxes.

Put to him that “most people would accept putting a penny on income tax” to pay to keep the uplift, he added: “What I’m saying is you have to find £6 billion from somewhere and what you don’t want to be doing, for the lowest paid in particular, is giving with one hand and taking and increasing taxes with the other.”