Bathers swam within metres of a rancid slosh containing faeces that was washed into the outdoor swimming pool. 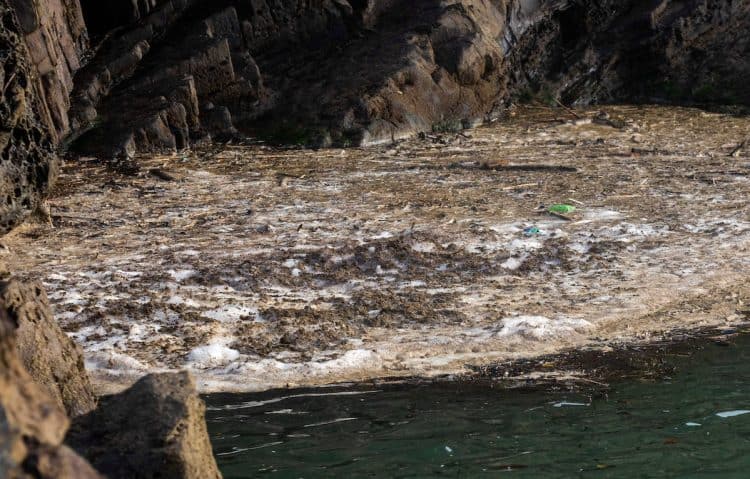 Swimmers have seen their seaside lido polluted by a huge discharge of raw sewage that turned the water a murky brown.

Bathers swam within metres of a rancid slosh containing faeces that was washed into the outdoor swimming pool.

The untreated sewage entered the popular lido at Bude, Cornwall on Wednesday (Dec 29) when it was over-topped by waves from the sea.

A charity responsible for maintaining the pool, which measures around 90m long and 45m wide, urged swimmers to stay away for their own safety.

But incredibly some have since returned to the water ahead of a traditional New Year’s Day dip.

Bude Sea Pool said on Facebook: “Sad to say this is not an isolated incident but one which happens relatively often when it rains a lot.

“Another couple of high tides and it should be gone.”

South West Water is responsible for sewage and has discharged waste in the area within the last two days, according to Surfers Against Sewage.

Water companies are permitted to occasionally dump untreated sewage into the sea in times of heavy rainfall to prevent flooding.