“We disarmed these SUVs because they are a growing and needless part of the system that is killing us. Nobody needs a planet-wrecking SUV," a spokesperson said. 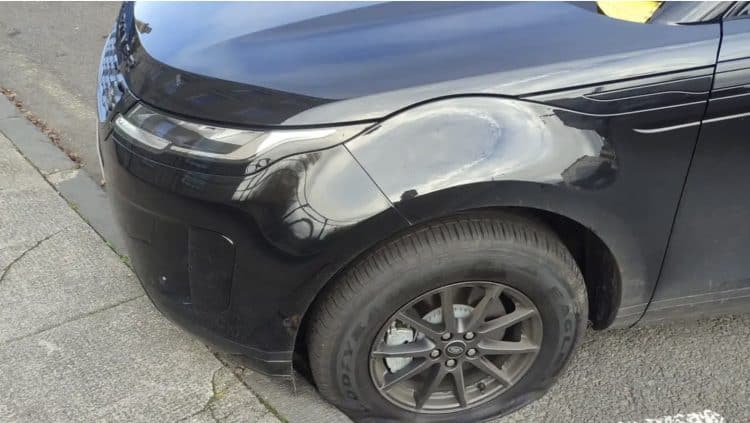 Climate campaigners have deflated tyres of SUVs in some of London’s richest neighbourhoods to protest against the environmental impact of the vehicles.

Activists have caused flat tyres for around 40 SUVs in Kensington and Chelsea, Dulwich, Primrose Hill and Marylebone and left fake parking fines in windscreens, telling owners that “if SUV drivers were a nation, in 2018 they would have been ranked as the seventh biggest emitter of CO2”, according to The Guardian.

SUVs are often called “Chelsea tractors” because 4x4s were initially meant for off-road use but are now common in cities, where they contribute to higher traffic congestion and pollution.

‘A luxury with terrifying consequences’

A spokesperson for Last Gasp said: “We disarmed these SUVs because they are a growing and needless part of the system that is killing us. Nobody needs a planet-wrecking SUV. To drive an SUV in an urban area with good public transport is a luxury – and it’s a luxury that has terrifying consequences for our planet.

“SUVs poison our children’s lungs, cause so many deaths on the road, and spew out carbon dioxide into a climate on the brink of collapse.

“If you are worried about getting your tyres deflated, our advice is: don’t own an SUV. We do not intend to stop, and many more will follow us.

“We wish we had other effective means to defend ourselves, but luxury emissions must stop now. Spend one afternoon reading the science and it is clear – people must take action now to defend life itself.”

In April last year, a report found that three quarters of the 360,000 SUVs sold in Britain in 2019 were bought by residents of towns and cities, with the borough of Kesington and Chelsea being in the top three areas for the sale of large SUVs.

Andrew Simms, a director at the New Weather Institute and report co-author, said at the time that the home of the so-called Chelsea tractor “really is Chelsea”.

He said: “One of advertising’s biggest manipulations has persuaded urban families that it’s perfectly normal to go shopping in a two-tonne truck.

“They’ve spun the Chelsea tractor factor into behaviour change, but the human health and climate damage done by SUVs is huge and needs to be undone.

The urban popularity of SUVs is present despite petrol and diesel SUVs producing about 25 per cent more carbon dioxide emissions than a medium-sized car, according to a paper published last year.

In 2020, a study reinforced the fact that SUVs kill more pedestrians than cars, whilst in 2019, The Guardian cited figures showing a person in an SUV is 11 per cent more likely to die than in a regular car.